Life   More Features  20 Sep 2017  Hilarious video of fight between dog and rooster will leave you in splits
Life, More Features

The real underdog in this battle was the rooster. 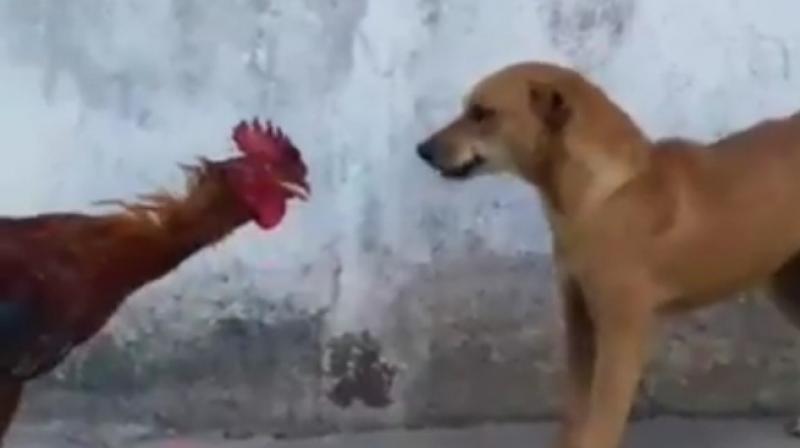 Screen grab from the video. (Photo: Youtube: Clube do GPS)

A duel between a dog and a rooster can only end one way, with the rooster losing. Or so you'd think!

However it turns out the real underdog in this battle was the rooster.

The video that is believed to be shot in Brazil shows the canine launching aggressively at the rooster, and dragging it down.

But this rooster was a real fighter cock and refused to submit to the comparatively larger dog.

After a few seconds the dog seemed to lose interest in the fight, but the rooster launched a counter offensive and flew into the dog again.

The dog seemed to have had enough, but the rooster didn't let up and chased the dog through the residential yard and into the field, while those around burst into laughter.