The man didn't notice the 32-feet-wide sinkhole and drove into it but didn't suffer serious injuries. 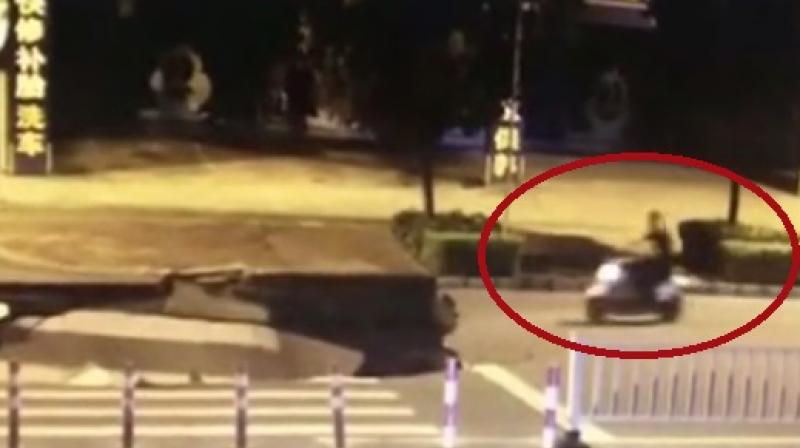 He climbed out of the hole himself (Photo: Facebook)

An alarming number of people across the world die in road accidents every day and while such deaths are unfortunate, many are avoidable as negligence on the road and lack of adherence to traffic rules are responsible for mishaps in many cases.

People talking on their phones or using smartphones while driving or walking on the road are a cause for concern, and one rider in China found out the consequences of such actions the hard way. A 17 minute clips shows how the man busy talking on the phone while riding his scooter remained oblivious to a giant sinkhole that opened up on the road.

The man can be seen riding right into the 32-feet-wide and six-feet-deep sinkhole as it was reported that he suffered serious injuries in the accident as he climbed out himself.