Gana Srikanta is thrilled to be captaining the Indian women’s throwball squad, and raring to show her prowess at an international tournament. 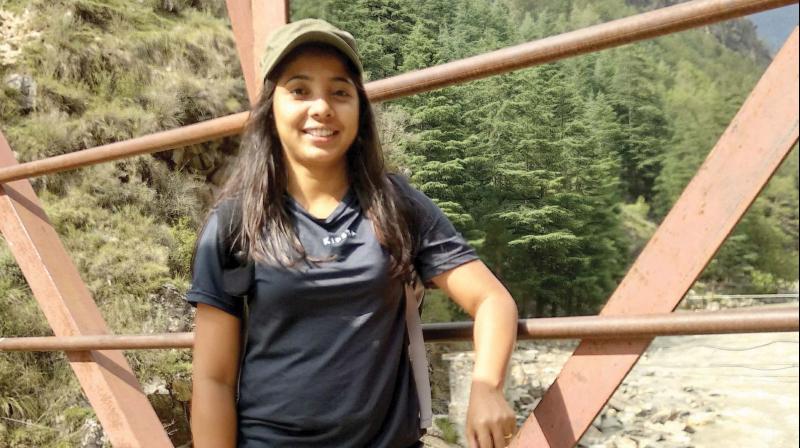 In a country that’s obsessed mainly with one sport, it’s evident that other forms of sport have been harshly sidelined. But that hasn’t stopped Gana Srikanta from dreaming of changing the scenario for throwball in India. The 32-year-old who was made captain of the Indian women’s throwball team this year is gearing up to lead her squad for the Tri-Nation International Throwball Tournament which is set to take place in Bangaldesh on July 13 and 14.

“In India, the sports ministry needs to give throwball more attention and our Federation expects more from them. We personally go and ask for sponsorships and somehow manage to make it to our tournaments.

Throwball has been promoted widely in other countries, but not in our country,” laments Gana, who’s been playing for the Indian national team since 2014. The multi-talented athlete was first made vice-captain and then made skipper of the national squad this year. “Our sport needs recognition and media support,” states the sporty lass who also plays rugby and has been part of the national softball and volleyball teams!

Throwing light on her early years, Gana, who currently works for an investment bank, reveals that she did her schooling in Poorna Prajna School in her hometown Chikmagalur, and then moved to Mangalore for college. A brilliant volleyball player, her tryst with throwball happened when she was in grade four. She played for the state as well. “In college, I got to play volleyball, basketball etc but not throwball. When I started working, I was noticed by someone from the federation when playing a corporate game, and was taken for the national selection. I’m someone who wants to bring about a change in my sport — I’ll probably be able to do more when I retire and become part of the committee,” says a hopeful Gana, who’s proud of her team that’s travelled to countries like Malaysia, Thailand and Sri Lanka and emerged victorious.