The king cobra, which is still not caught is seen slithering across a residential apartment 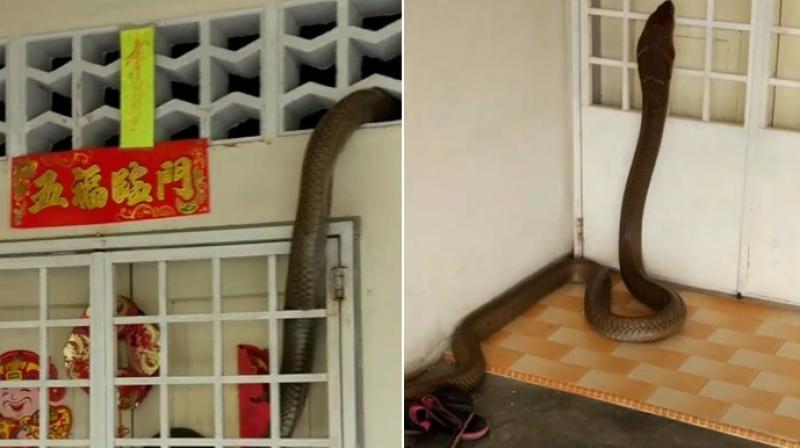 Having a non venomous snake slither around in your room is scary, but when it is the king cobra, it makes for one scary spine-chilling video! A video which has been uploaded by Derrick YiFan is making the rounds online which shows a massive king cobra that somehow managed to enter a home in Malaysia and scare the residents into frenzy. The incident occurred on Batu Pahat and Derrick posts, “I heard voices outside and saw this giant snake,” adding, “The giant king cobra broke into the house.” Interestingly and scarily enough, the residents have not quite yet managed to capture the deadly king cobra and it still is perhaps lurking around!