This woman has a rattling encounter!

California resident goes to pick up what she thinks is her dog's leash only to realize its a snake. 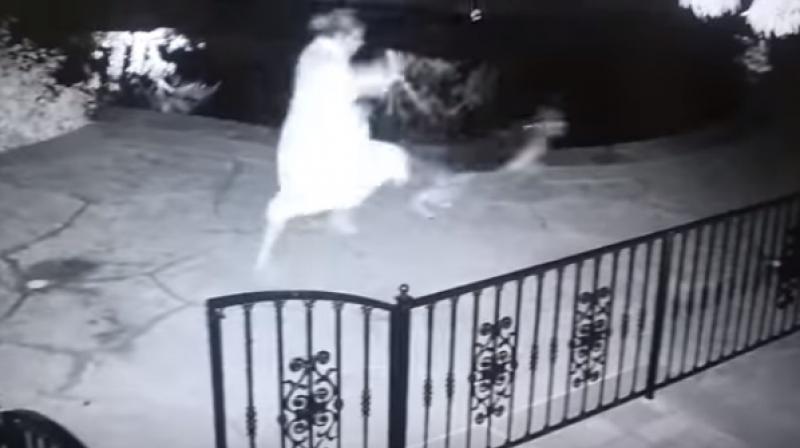 California lady runs after she realizes what she has picked up (Photo: Youtube)

All of us, at some point or other, have managed to drop something that is important. Remembering about it later, we generally rush back to retrieve what we have dropped. Well, it seems something similar happened to this lady from California, who thought she had dropped her dog’s leash and went back to pick it up. But surprise! Surprise! It was something entirely different, and alive!

Things were not that simple for this lady who when she bent down to pick up what she thought was her dog’s leash turned out to be a snake instead. And while laughing at someone else’s misfortune is not a good thing, but the bathrobe clad lady jumping and running once she realised her mistake makes for one hell of a funny video!

The snake it turns out was a rattlesnake and fire fighters later came and took it away.