Other than higher sex drive people buying them also seek luck in gambling and success in business. 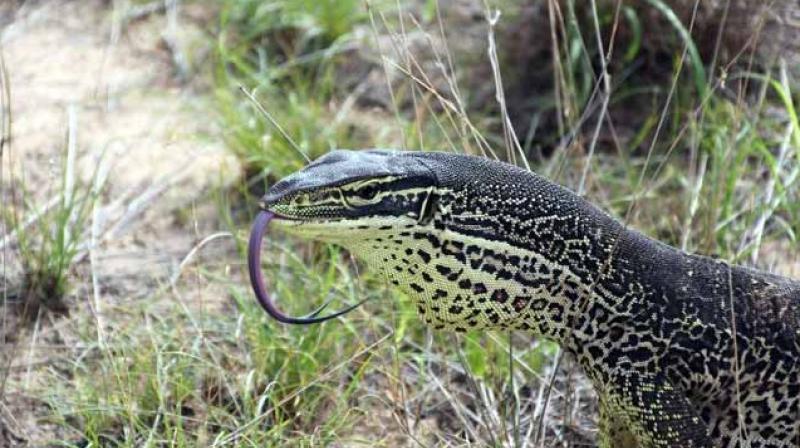 A drop in their population can hit our ecosystem (Photo: AFP)

Increasing sexual drive is a priority for people in an age of rising awareness regarding sexuality and more platforms to meet new people. While several wonder drugs and herbal medicines have flooded the market, India is known for bizarre solutions being peddled to people due to lack of awareness.

Poaching of exotic animals for medicinal purposes at times is no secret in India and neighbouring countries, now monitor lizards are being targeted since their genitals are being sold to consumers across Indian states for increasing sex drive. The sexual organ of a monitor lizard is used as a lucky charm for fertility in men, and is called ‘hatha jodi’ for it’s forked appearance.

People fall prey to sellers as they confuse the organ with an ayurvedic medicine called ‘hath jod’. A task force in Madhya Pradesh recently seized 68 pieces of monitor lizard genitals from poachers, and a priest of a famous temple in Khargone was among those detained.

There is also indication of creating religious beliefs around hatha jodi as it is also found in temples smeared with vermillion. The item is mostly taken from MP and the Thar Desert in Rajasthan where these lizards are found in large numbers.

The genitals are sold between Rs 500 to Rs 15000 as desperate buyers pay more in hope for a better sex drive and even reasons like luck in gambling and prosperity in business. Like any other superstitious practice, this one is quickly gaining popularity among several cities.

The downfall in population of monitor lizards can directly affect out ecosystem since their role as scavengers is crucial. Meanwhile many such raids have also been conducted in Odisha and Hyderabad recently.