Known to be a private person, Adele’s reps have asked the media to respect the privacy of the couple as they go through the separation. 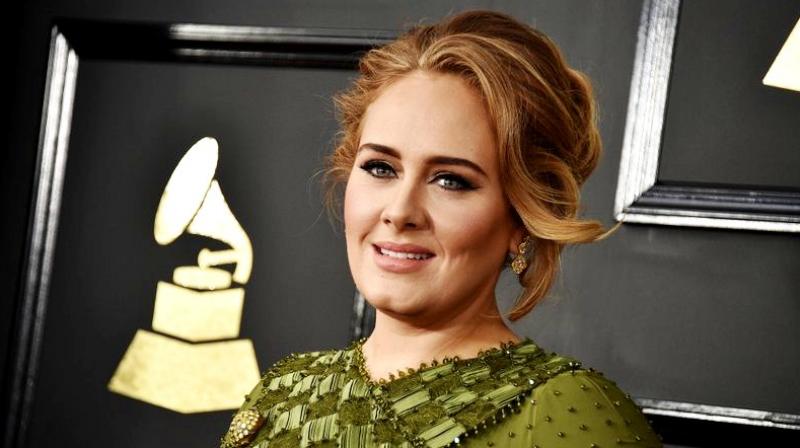 Adele at the 59th annual Grammy Awards at the Staples Center in Los Angeles. (Photo: AP)

New York: Adele and her husband Simon Konecki have separated. The pop singer’s representatives Benny Tarantini and Carl Fysh confirmed the news Friday in a statement to The Associated Press.

“Adele and her partner have separated,” the emailed statement said. “They are committed to raising their son together lovingly. As always they ask for privacy. There will be no further comment.” Adele gave birth to their son, Angelo, in 2012.

The Grammy-winning British superstar has been private about her relationship but confirmed she married Konecki when she won album of the year at the 2017 Grammys. In her acceptance speech, she said: “Grammys, I appreciate it. The Academy, I love you. My manager, my husband and my son — you’re the only reason I do it.”

Konecki co-founded Life Water, an eco-friendly brand of bottled water in the UK. Funds from the company assist the charity that Konecki runs, Drop4Drop, which provides clean water to countries in need. A representative for Konecki could not be reached.

With sales of more than 100 million records, Adele is one of the world's best-selling music artists. Born Adele Laurie Blue Adkins, Time magazine named her one of the most influential people in the world both in 2012 and 2016.

Her 2016–2017 tour, saw her break attendance records in a number of countries, including the UK, Australia and the US. Her first album, ‘19,’ belonging to the soul genre, was a massive success with songs of heartbreak and relationships. Her success occurred simultaneously with several other British female soul singers, that led to the British press dubbing her as the “new Amy Winehouse."