The brand has been operating for over 30 years and has been making commemorative ware since it opened in 1985. 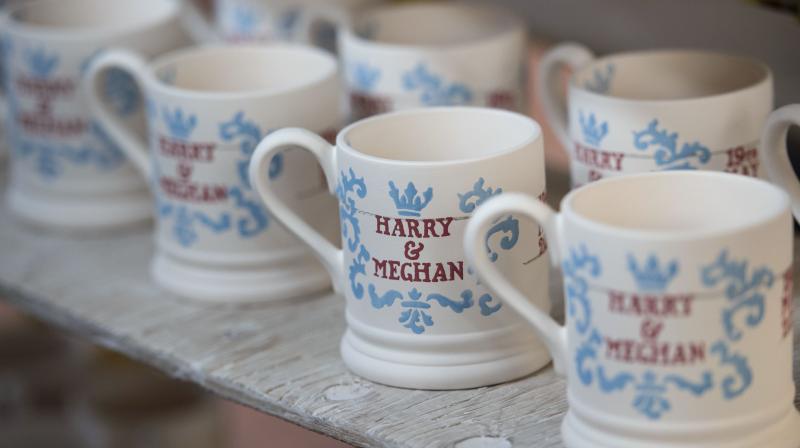 In this file photo taken on April 16, 2018 a worker hand-paints a commemorative mug, with a message celebrating the forthcoming wedding of Britain's Prince Harry and his US fiance Meghan Markle, at the Emma Bridgewater factory in Stoke-on-Trent, central England. (Photo: AFP)

Harry, Queen Elizabeth’s grandson, and Markle, who stars in the U.S. legal drama “Suits”, tie the knot in Windsor, west of London on May 19.

At the Emma Bridgewater ceramics factory in Stoke-on-Trent, central England, a city famed for its pottery, workers are busy hand-making and decorating thousands of the commemorative mugs.

Sitting under rows of bunting made out of Union Jack flags hanging from the ceiling, around 60 workers use traditional techniques to hand-decorate the clay moulds.  Behind them, fresh out of the kiln, a sea of red and blue Harry and Meghan mugs fill the shelves below a portrait of Queen Elizabeth.

The brand has been operating for over 30 years and has been making commemorative ware since it opened in 1985. It produced mugs for Queen Elizabeth’s diamond jubilee and the wedding of Harry’s older brother Prince William and his wife Kate, as well other big dates on the royal calendar.”In Staffordshire we’ve got a long tradition of celebrating national events, and what better than a royal wedding,” Emma Bridgewater, brand founder and designer of the mugs, told Reuters.

“Royal themed pottery made in Staffordshire can be traced back to the time of Charles II, and we are thrilled to see celebration through pottery continuing in 2018 with Harry and Meghan,” she said.