Alok Vaid Menon, an Indian-American trans feminine artist, who is taunted by bullies everywhere, says that non-conforming to gender makes one strong. 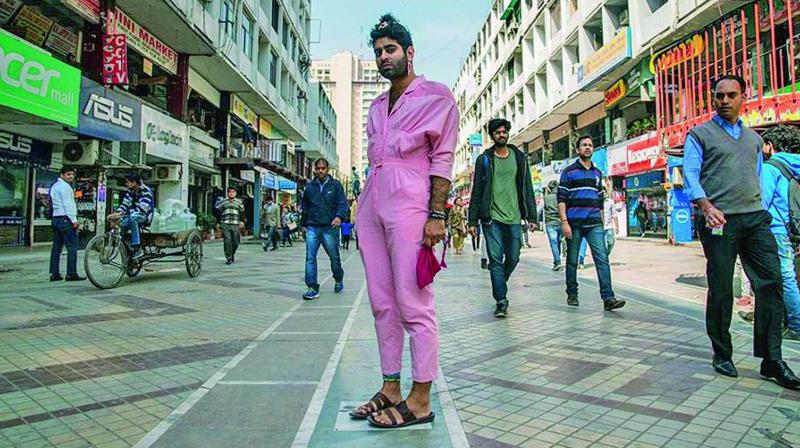 There are days when Alok wakes up to messages on his social media pages that read ‘Why don’t you just kill yourself’. The relentless online bullying comes from men and women alike, but that does not stop Alok from getting up, stronger than before and dressing up in the most beautiful, brightly coloured, floral pattern dress. Alok Vaid Menon is a trans feminine Indian-American artist. But more than that, Alok is the voice of countless people who identify themselves outside of any gender (Gender non-binary).

Settled in the US, this half-Malayali is constantly travelling across the globe to shed light on various aspects of gender and non-conforming to gender.

He shares the various aspects that helped evolve as a person and an artist. “I have shared my work in India and my experiences have been wonderful. I will cherish them forever. It is always such a delight for me to perform here — never in my life did I think my art would make it across the ocean. What I’m finding across the board is that young people are enthusiastic and eager for more complex conversations about gender equality, feminism and trans issues. They are inspired and determined. Many of them are using their own practices to talk about these issues.” 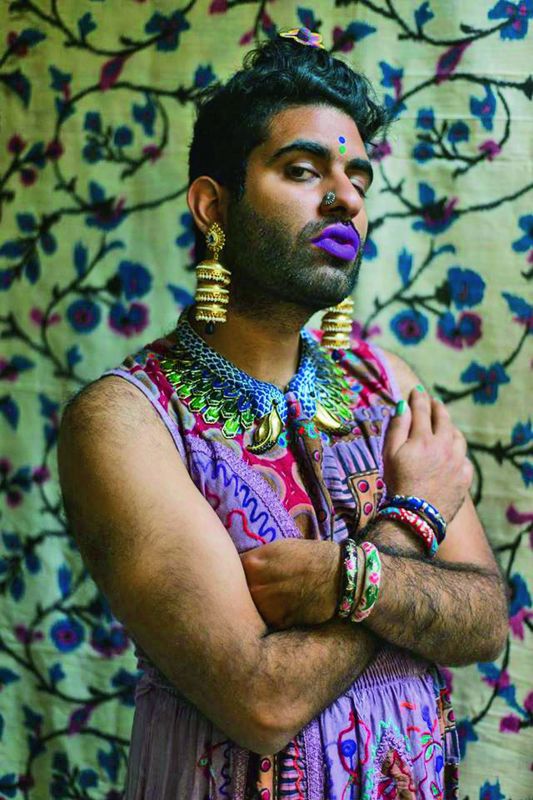 Despite having made a name in the public space, Alok’s life is still a struggle every day. “There are very few places in the world where I can walk safe as myself. Almost everywhere I go, I am taunted, harassed and ridiculed. I think it’s easier for people to digest that bullying happens only in school, but bullying never stops for trans and gender non-conforming people.”

“From a very young age itself, I knew that gender wasn’t for me,” says Alok. “As a young kid, I refused to wear boy’s clothes and wanted to wear what my sister was wearing. I remember being traumatised when I hit puberty and my family forced me to wear boys clothes and said ‘grow up’. I didn’t have the language back then but I knew something was wrong.”

And like most families of trans people, acceptance from Alok’s family was also difficult. “After a lot of hard work, I’m happy that my family is more accepting than ever. My family in Kerala has been incredibly accepting, all things considered. My Achamma always says that it doesn’t matter what I wear as long as I’m a good person and come back and visit. I am privileged because I was raised in the United States. I think people dismiss my gender as something that has come from being raised in the West; so I have a lot more freedom than some others in my family.”

Alok identifies as a ‘Femme’ and explains, “For me, being femme is about being feminine, but not necessarily being a woman. I still identify with femininity — aesthetically and socially — but I am not a woman. It’s a political identity that rejects the idea that we should look like and act like men in order to be taken seriously. We are taught that femininity is superficial and weak, but I believe that femininity is powerful and strong.”

Alok has always been a fashionista. On choosing such a bold fashion statement in life, Alok says, “Clothing for me has been a way to express my individuality. I am not interested in conforming to society’s expectations and clothing becomes a way to communicate that. I didn’t intend for my fashion to become political, but it was politicised because people have been so upset about what they perceive as a ‘man wearing a dress.”

For someone who is fighting for an equal space in the society why retain ‘Menon’ in your name? “The reality of the situation is that lower caste transgender people experience the most severe forms of violence and that my caste has and continues to insulate and protect me. I think it is important for me and other caste privileged people to not deny or seek to erase our power, but rather to own up to it and speak honestly about it. I don’t identify with my caste name, but I know that I am complicit in it and have to be accountable for it.”

Alok’s message to the mounting negativity: “I am sorry that you are uncomfortable with your own identity and take it out on me. I hope that you find a way to find healing in your own life because violence and discrimination will not make you any happier.”