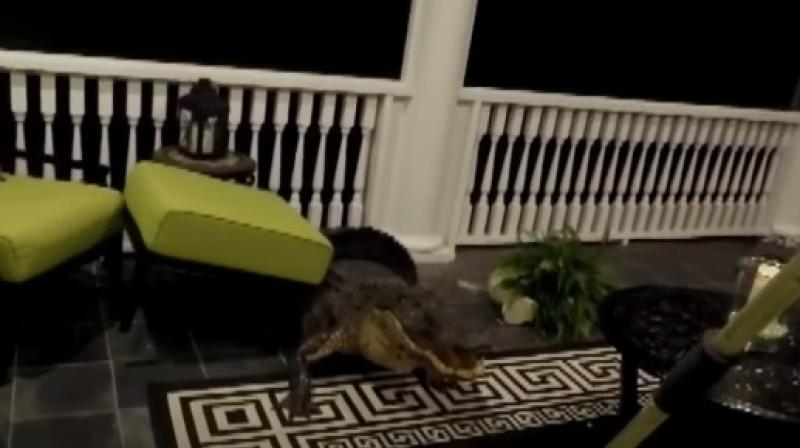 The nine-foot long alligator climbed the staircase and broke through the door to enter the house. (Photo: Youtube)

Animals can be quite scary when they catch people unaware and while domestic animals are still okay, it's the wild ones that are quite troublesome. A US family was recently caught by surprise when they encountered an alligator knocking at their door in the most unusual fashion.

According to a media report, the nine-foot-long alligator appeared in the US home almost unexpectedly on Easter Sunday. The family from South Carolina heard a sound near their door and initially thought it was an intruder and got ready to confront him but found the gator at their door. Interestingly, the alligator climbed a 15-foot staircase before reaching a screen door which he broke through and came into their front porch.

The animal then destroyed furniture before entering the house when the family saw him. They immediately called a wildlife expert who euthanized the fierce alligator as it was difficult to control.