Barkha Dutt hits out at Twitter for locking her account temporarily after she posted details of men who abused and threatened her. 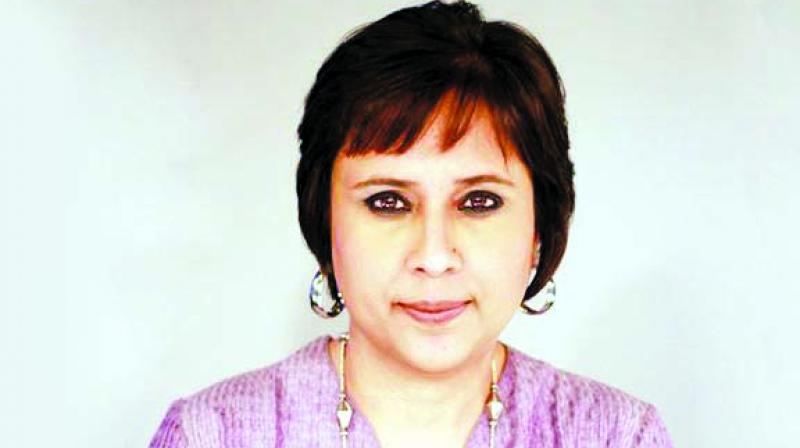 Take the case of senior journalist Barkha Dutt, who complained about receiving threatening calls and explicit pictures on her phone, Twitter and WhatsApp. Her account was locked down by Twitter to delete a few posts that did not comply with their rules.

In a scathing email, Dutt accused the social media site of encouraging sexual abuse and gender inequality. She also alleged that her complaints on abuse and harassment were never addressed and that she would now pursue legal action. “I had close to 1000 abusive messages and calls in a coordinated and violent mob attack. These included a message to shoot me, a nude photo and many sexually abusive messages. I outed the men who did this. Twitter locked me till many of the details were taken down (sic),” wrote Barkha, along with a screenshot of the email she had sent to Twitter.

This is not the first time someone has complained about Twitter for not taking adequate action against extreme right-winged elements on their platform. In the past, the microblogging site has questioned and deleted tweets that they didn’t think were appropriate, but hardly any action is ever taken against people who are propagating hate and violence against other users in the name of nationalism.

Says Kavita Krishnan, Secretary of the All India Progressive Women’s Association (AIPWA), “This entire thing is quite political as the right-wing ecosystem does not get penalised by Twitter. In India, trolling and death threats are not random, they are an organised campaign. I am an activist and having a Twitter account is quite important for me. I also receive around 10-20 such abusive messages every day and report most of them. However, Twitter acts only on a tiny minority of everything reported and that is not adequate.”

Well-known media personality Pritish Nandy concurs as he adds, “Twitter must be even-handed and cannot pick and choose who it wants to support politically. They should keep in mind that while governments come and go, their users in India should have a trustworthy relationship with them.”

Meanwhile, some Twitterati argue that those who don’t like the platform should quit. Pritish retorts, “That is not the solution. The platform needs to be more civilised. Not taking action against people who use abusive language shows that the social media site is afraid to move against them. It is quite sad.”

Social media expert Karthik Srinivasan argues that while their explanation stands good in Barkha Dutt’s case, Twitter needs to be non-partisan while handling their users. “In this specific case, Twitter was within its rights to remove Barkha’s tweets. However, the microblogging site is wrong for taking negligible or no action against the broader hate that is happening on the platform. But then, so is the case with Facebook and Instagram. Trolling is quite rampant across social media platforms. They need to do something concrete to abolish all kinds of hate speeches,” he concludes.