Gillette’s new ad campaign has sparked off a debate about whether companies should simply stick to promoting their products or sell social causes. 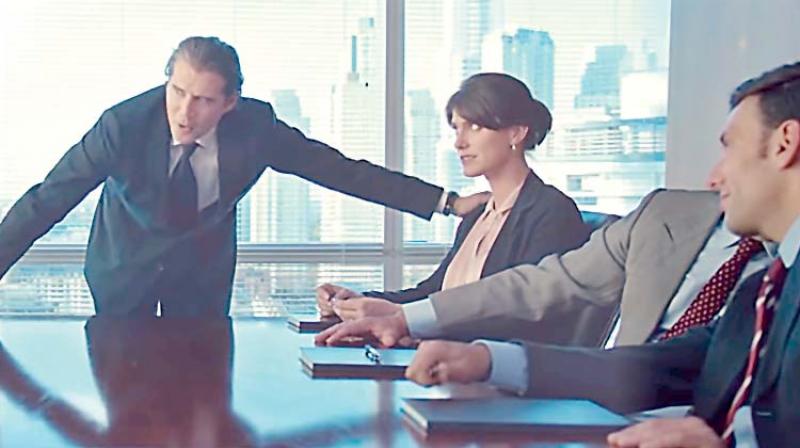 A still from the Gillette advertisement, insinuating sexual harassment at workplace.

The iconic razor blade brand came up with quite an Internet-stirring campaign in the wake of the #MeToo movement, asking men not to bully people or sexually harass women and to shed toxic masculinity. In other words, to simply be decent human beings. However, the brand has since faced massive backlash from men, especially from the conservative pool, claiming that the ad is attacking their masculinity. Some have even gone as far as to say that the ad’s tall claims seem similar to the ‘feminazi’ battle cry of #AllMen.

The anti-Gillette movement is being led by men’s rights’ champion, Piers Morgan, who tweeted, “I’ve used @Gillette razors my entire adult life but this absurd virtue-signalling PC guff may drive me away to a company less eager to fuel the current pathetic global assault on masculinity. Let boys be damn boys. Let men be damn men.”

In a similar instance, Nike picking up Colin Kaepernick to be the new face of the brand in an ad about people from marginalised communities making it big in sports, was met with a great deal of resistance from white people across America — and a similar boycott of Nike products began. Now, Gillette’s razors are being flushed down toilets. So why are brands shifting from just selling products to selling sentiments or social causes?

Ad guru Prahlad Kakkar opines, “With social media in everyone’s reach and the amount of trolling that happens when videos go viral, I think a lot of advertising professionals have decided to become a little thick-skinned. Any publicity is good publicity. I believe there is a genuine concern about toxic masculinity. One can be masculine without being toxic. The key word in the entire conversation is ‘toxicity’. And the backlash is bullshit. If you do not agree with the ad, walk away. The ones who are trolling it are basically the ones who are feeling guilty.”

On the other hand, marketing guru and author M.G. Parameswaran feels that brands are siding with social causes instead of just product advertisements to stay relevant in their customers’ conversations. “Detergent soaps and razors are not usually the topic of conversations for customers, right? They are everyday products and to keep your brand relevant, one needs to give customers something to talk about... something they will remember. And social cause ad campaigns do the trick.”

He also feels that these campaigns may take attention away from the actual product. “Especially in a time like this, when people are more interested in keeping a stubble, or even youngsters are not shaving properly these days, Gillette cannot afford to lose their customers. But these ad campaigns are tricky too. In the case of Pepsi’s ad (about young adults protesting for the #BlackLivesMatter protest) which backfired, it had to be withdrawn quickly, and the company went back to selling its product as a cool refreshing drink.”