Man from West Bengal who was in city for job survived accident despite one of the rods going straight through his liver. 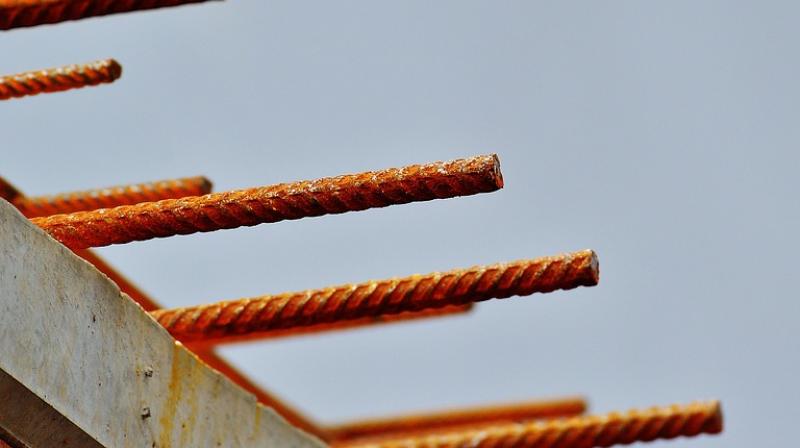 The 21-year-old Rajendra Pal, was working on the roof of a building in Mumbai when he slipped and fell onto iron rods below. (Photo: Pixabay)

In a shocking incident, a construction worker miraculously survived being impaled by two steel rods, one of which went straight through his liver.

The 21-year-old Rajendra Pal, was working on the roof of a building in Mumbai when he slipped and fell onto iron rods below.

One of the rods missed his heart by inches with another slicing straight through his liver.

Pal was rushed to the hospital where a three-hour operation was performed to remove the 5ft long rods.

Pal, who is from West Bengal, had only arrived in Mumbai two days earlier, a relative said.

According to Ravindra Naidu, supervisor of the construction site, the mishap took place at the Nariman Point, near the Free Press Building.

A labourer informed him of the accident.

Emergency services rushed to the scene at Nariman Point, Mumbai, and sawed the rods off the pillar they were attached to so the patient could be taken to a government hospital.

Dr Jitendra Sankpal, senior surgeon at GT hospital, said the man was lucky as the rods did not puncture his lungs or other vital organs.