Socks up for equality

Some of India's most awesome women were present in the capital to tell their inspiring stories. 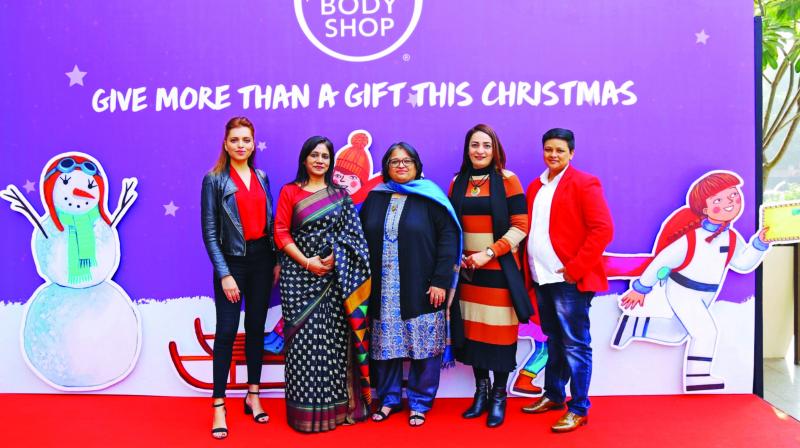 This time of the year, when we long for our wishes to come true, there are souls who help fulfil the aspirations of every daughter in our country. Three such empowered women — who not through their speeches but through their actions, have shown what it means to have equality in every aspect of life — came together to launch the Dream Big project, and share their exceptional journeys.

Dr Neharika Yadav, dental surgeon and professional super biker, is one of them. Her family and fellow bikers have always supported her. “I practise in Gurgaon six days a week. But on Sundays, I am generally off to the Buddh International Circuit, Noida, where I practise for my races.” In her team, she is the only female racer amid 40 men in the 1,000 cc category.

Present along with these inspirational women were children from the PLAN International India NGO, who were enthusiastic about their future and hoped that a gender-equal India is not far away. Anuja Bansal, Executive Director, has been a pillar to these girls’ all-round growth. When asked about certain films on all NGOs being corrupt and cruel to children, that have been doing the rounds on social media, she commented, “I am not an advocate for all NGOs. But, my advocacy is for the cause of girls. 99 per cent of the NGOs are doing great work and putting out harsh realities in front of people. It becomes difficult for a lot of individuals to absorb that reality. It is very important for us to distinguish between the truth and false statements.

Of course, not all NGOs are bad.” Nevertheless, the smile on the kids’ faces and was quite genuine.

Also present was Anju Mangla, the first female Police Superintendent of Tihar men’s jail in Delhi, who does a great job proving that professions need not be gender-specific. The first day she took up the responsibility, there were a many who raised eyebrows. “But as the days went by, the inmates started saying — ‘Ma’am, if somebody since our childhood had guided us, we would be in the mainstream of life’. I feel proud that I have touched so many souls.”

Vankadarath Saritha, from Telangana, is the first female DTC bus driver of the capital. Despite being honoured with several titles and awards, the humble person says, “I am always ready to help my passengers. Before being a driver, I am a human being. It is my responsibility to comfort my passengers and make their commute safe and easy.” She was an auto-rickshaw driver before moving to Delhi, where she is working on a contractual basis. Unfortunately, because she is a woman, she does not get a permanent role in the sector. But she has learned to rise above the nuisance and walk the right path.

Change, whether small or large, does not happen in a single day. Harmeet Singh, VP, Brand, Marketing & E-commerce, The Body Shop Asia, is now at a leading role, but her past two decades in the corporate world haven’t been the same. She shares, “After I completed my studies, I started working and it immediately came to notice that there is gender disparity in terms of salaries especially. If I could prove them wrong, you all can too,” and concluded on a happy note, “We have come a long way and yet a long way lies ahead. Hope that with these enlightened souls, the path ahead would be easier and towards a brighter future.”