No cash, no party

Demonetisation has taken a toll on the New Year plans of many youngsters. 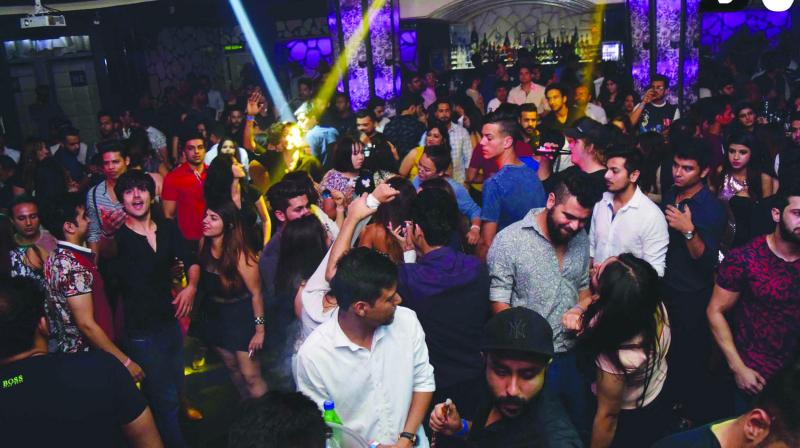 This year, the parties will wrap up soon due to limited cash flow, shares Sukhdeep Singh, a software engineer at an MNC.

New Year’s Eve this time might not be the same for many in the face of demonetisation. People planning parties or trips are finding it increasingly difficult to execute their plans.

This year, the parties will wrap up soon due to limited cash flow, shares Sukhdeep Singh, a software engineer at an MNC. He explains,

“With little or no cash, buying drinks has become cumbersome. Punching in your card is not really a smooth experience. They have limited machines. And it takes so long that it spoils the mood and leads to long queues at the bar.”

Davidson Kumam, a PhD student from JNU, who plans to travel to Pondicherry to celebrate his partner’s birthday and the festive season shares,

“It’s really difficult right now, as we are running around to get cash. We have been standing in ATM lines every night trying our luck.”

Because it is a commitment he had made sometime back to his partner, he is not planning to cancel it. Talking about borrowing cash from friends, he says, “So people are willing to lend but unfortunately everyone is in the same fix. People have other priorities and a trip is the last thing on their mind right now.”

On the other hand, Sukhdeep is planning to stay in Delhi this New Years. “This year I have dropped the plan because at tourist places you cannot always depend on cards. I go on budget trips and stay in cheap hotels, and restaurants generally don’t have swiping machines. Also on a trip, there are so many small expenditures that need cash payments. With ATMs mostly dispensing `2,000 notes, and given the difficulty in getting change, it is better to not go to an unknown place. I cannot spend hours at an ATM and ruin my holidays.”

Having said that, he has already started drawing out cash from ATMs and keeping it with him so that he can go out somewhere that day. But this means spending half an hour to one hour at ATM queues. “For working people like me, with a nine to six job, this is getting difficult.”

But there are some like designer Bhanu Bansal, who are ready to tolerate such difficulties, as she believes demonetisation is a ‘big and good step’ for the country. “Demonetisation has definitely hampered our party plans, as we were hoping for a grand celebration this year. But we are looking for shops that accept cards for purchasing party essentials and liquor. Also, are looking for party/event organisers who can accept money through bank transactions because usually they avoid online transactions,” she adds.

But event promoter and organiser Avijit Chatterjee, who organises parties, feels, “The crowd has not gone anywhere, the only difference is that the purchasing power has gone down. So people are still coming out but they aren’t able to spend much. There was initially a decrease of partygoers by 25 to 30 per cent, but I feel by New Year’s Eve it will come back to normal. Though the parties this year might not be so grand and of course, outstation plans will be adversely affected.”