Here’s all about holiday shopping

With Christmas around the corner, these statistics about holiday shopping might surprise you. 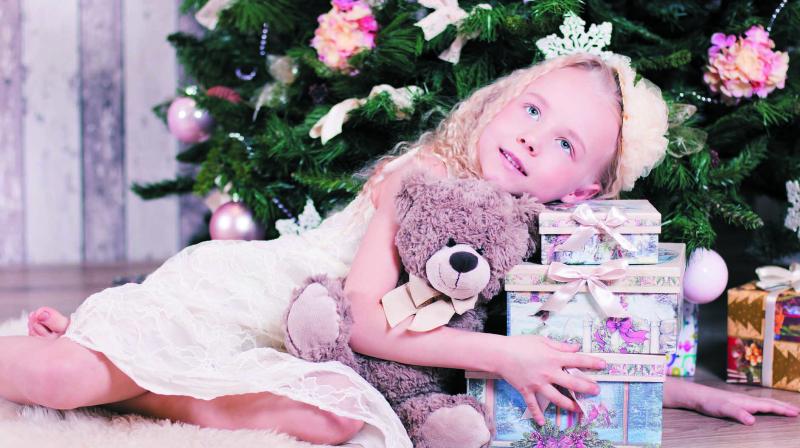 According to one survey by a major consulting group, 50 per cent of consumers plan on giving clothes for the holidays.

The holidays bring out shoppers like no other time of the year, and if you get a little overwhelmed by the commercial bonanza, you’re not alone. Here we summarise a few shocking facts about holiday shopping.

1. Plenty of those gifts get returned
In 2015, the most popular time of the year to return retail purchases was during lunch on December 26, according to one retail study. In US, the midwest saw some of the highest rates of holiday gift returns, with return rates of more than 19 per cent the week after Christmas.

2. A surprising amount of holiday shopping happens at the grocery store
In the same survey, almost 45 per cent of respondents said they were planning to shop at a grocery store for the holidays.

3. It’s not all done online
Despite predictions of booming online sales during the 2016 holiday season, people still enjoy brick-and-mortar stores, too. One of the aforementioned surveys found that 66 per cent of respondents planned to research gifts online, but then head to a store to check it out in person and buy it.

4. It happens in unexpected places
According to a 2016 survey by a major online payments service, 22 per cent of the 1,000 respondents shop on the toilet.

5. Many don’t think it’s fun
In that same survey, 19 per cent of millennials said they’d rather text their boss on a weekend than go holiday shopping. A fifth of baby boomers would rather go to the dentist. However, another forecast finds that 61 per cent of consumers find holiday shopping fun.

6. People love gifting clothes
According to one survey by a major consulting group, 50 per cent of consumers plan on giving clothes for the holidays.

7. Your gift was probably on sale
More than 75 per cent of respondents in the former shopping survey said that a sale would impact at least one of their holiday gift purchases.

8. That gift you got probably wasn’t planned
About 20 per cent of holiday gifts this seasons are expected to be impulse buys, although shoppers say that around half of their gifts were pre-planned.

10. Some start really early
A survey found out that shoppers would start shopping in October or earlier.

11. Pets won’t get left out of the holiday fun
Pet owners are expected to spend an average of $62 on their furry friends this season.

13. Those decoration splurges add up
Being festive can get expensive. The aforementioned October 2016 survey found that the average shopper would spend more than $200 on decorations, food, flowers, and greeting cards this holiday season.