Chinese customs suggest that pandas be named officially 100 days after their birth. 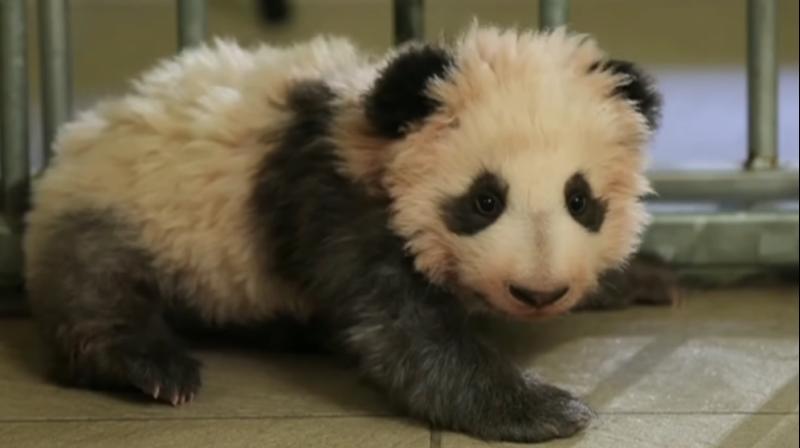 This year France's Beauval zoo greeted Mini Yuan Zi on August 4, he was the first giant panda to be born in France.

The little cub, born to Yuan Zi and Huan Huan just took his first steps and the adorable video will make your heart melt.

The three-month-old panda is named after his father, Yuan Zi.

Chinese customs suggest that pandas be named officially 100 days after their birth.

The two nine-year-old pandas are France's only living giant pandas.

They arrived in Beauval in 2012 after intense negotiations between Paris and Beijing.