The launch will see two mobile applications, Safety Global Application and Saahas in the limelight. 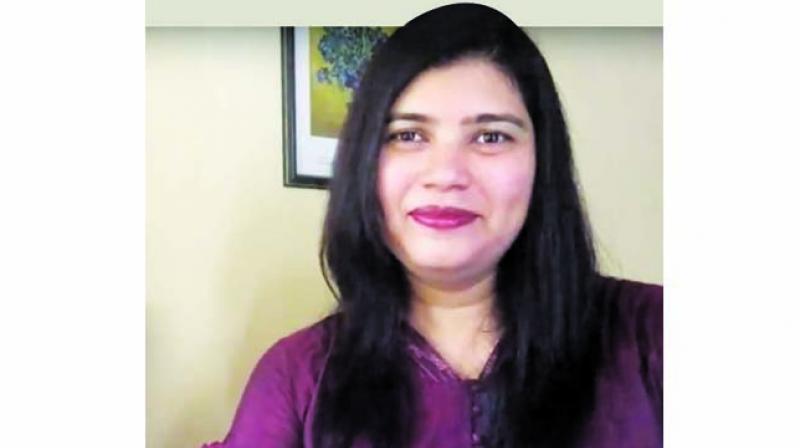 There’s safety in numbers, and Safecity and Saahas applications show that getting data off crowdsourced information can help make our cities a safer place for not just women, but other citizens too.

With gender based sexual violence alarmingly growing manifold, addressing it in everyday conversations has become the need of the hour. And in order to increase awareness about such violence, and to make the city’s streets a safer place, Project 21, a collaborative effort between Safecity and Red Elephant Foundation, will be launched on September 21.

The launch will see two mobile applications, Safecity Global Application and Saahas in the limelight. While the apps have been in action for Android and iOS platforms for about a month now, the formal launch will take place in Pune, Mumbai and Denver to coincide with the International Day of Peace.

So how do these apps help the cause? “The application is a place where people can write about their experiences in a safe environment,” explains Renita Siqueira, communication officer, Safecity. “The documentation is essential, as it can be layer compiled and shared with authorities, who can use it to make safer spaces for the citizens.”

The idea took birth with the simple need to have a platform where people can share their stories and feel assured that they aren’t alone. Along with making them aware of their options for help, giving reassurance is what drives the app. 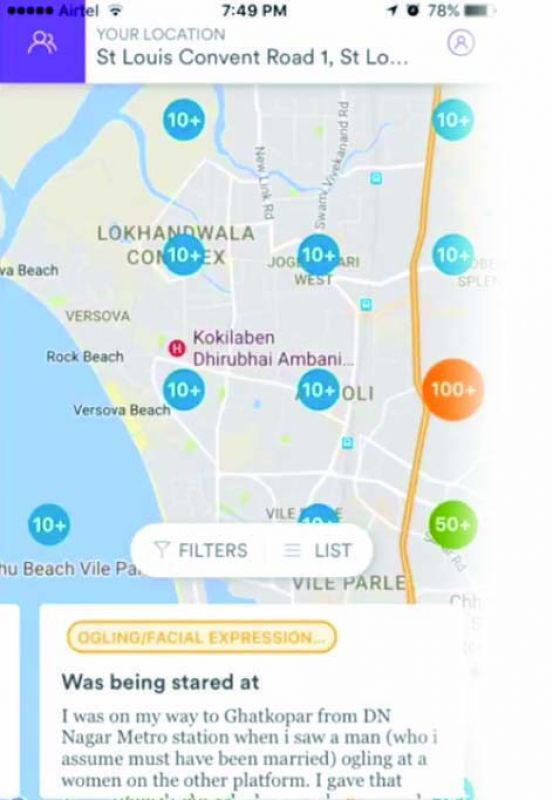 One of the more important options available with the app is being able to read up on a particular place and its safety before you actually visit it. “The part about checking up on a location before visiting the place for a trip, and the information about nearest counselling centres and other institutional resources for help is important,” says Renita, who adds that all major cities are being covered by the app.

“The concept came up because people are on their phones so much of the time now, and this just makes it easier for them to quickly and anonymously report any harassment that they face in any part of the city,” says Ashwini Syed, head of operatins and HR at Safecity, adding, “Safety and harassment are still topics that are not spoken about at large. So the anonymity helps.”

The mapped data is partly their research, with a majority of it being supplied with the help of crowdsourcing. “We got data with research involving big companies, but it was inadequate, as they can’t really cover the finer details that the citizens can provide with their experience. So, crowdsourcing helps,” Renita says, adding it helps in vigilance in terms of data documentation. “The political, municipal, law and police components will come to know about what are the areas that need attention. These might not be FIRs or anything legal but even this can help them in improving vigilance. Basically, this is using data as a weapon.”

While this is how Safecity works, Saahas, on the other hand, has more functional uses for the survivors of sexual violence. “It lists the available options of counselling centres and other institutional resources they can get help from, in their vicinity,” Renita explains.

She also tells us how with these applications they hope to help women, men, children and people from the LGBTQ community to identify and report the abuse they are going through. In the long run, they hope that this will reduce the stigma associated with these topics. “We are trying to create an open platform which can be used by everyone to express their experiences about sexual violence, irrespective of their gender. This includes women, men, teens as well people from the LGBTQ community,” she explains.

“The objective is not just to ensure that women don't go to these spaces but also to make sure that these danger areas also become safer. So, we work closely with the authorities to make that change,” Ashwini signs off.