The snake is believed to have escaped from a nearby house as police hope that the owner will get in touch with them soon. 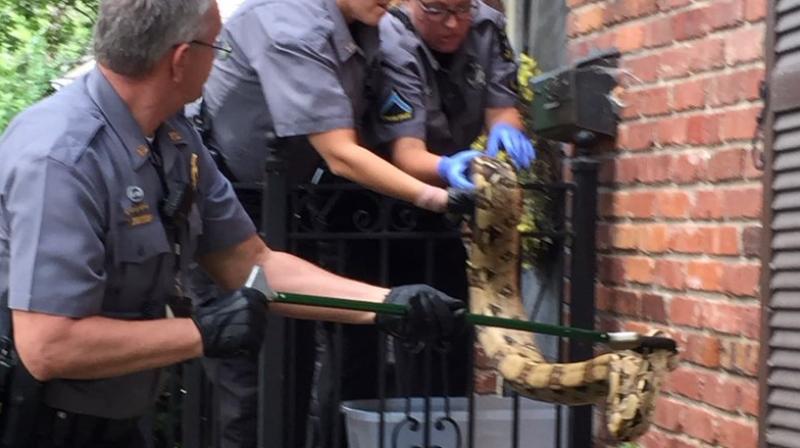 Authorities feel it is probably a pet which escaped (Photo: Twitter)

What may seem like just another day at work might take a shocking turn when you least expect it to. A mailman’s job may not seem particularly dangerous but it can turn out to be risky.

A mailman in Kansas US was just out doing his job when he was greeted by a terrifying surprise waiting for him at a mailbox. He was shocked to see a huge python wrapped around the box which was later found to be eight-foot-long.

A Ball Python was found my a mailman and called Animal Control. The poor resident did not receive their mail today (obviously). The @OPPD_PIO is trying to talk the Animal Control Officers to put the snake under the @OPPD_Chief desk, but they won't. pic.twitter.com/YqahoO2pVn

Authorities clarified that the snake was a boa constrictor as animal control officers carefully removed it. The snake is believed to have escaped from a nearby house as police hope that the owner will get in touch with them soon.