It’s ironical that even actresses should seem to lose their sense of perspective when the microphone is thrust upon them. 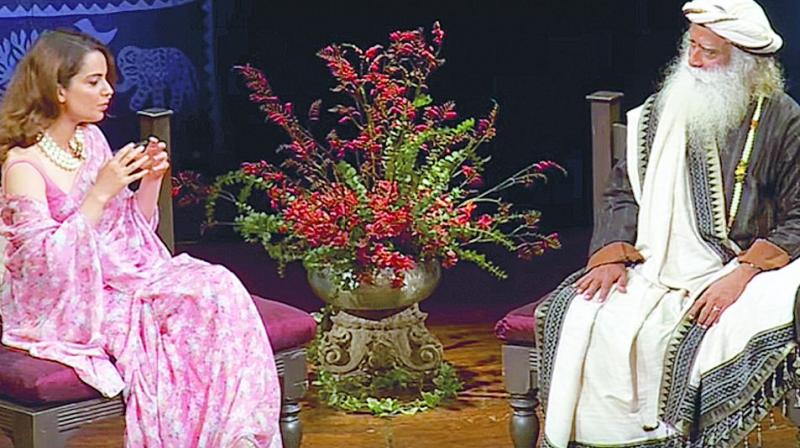 Popular Bollywood divas are appreciated for their histrionic skills, their glamorous looks and their sense of style. Many have gone on to parlay their larger than life image and their popularity into political power. However, not all turn out to be as savvy as Jayalalithaa who could speak a measured word in front of television cameras too. It’s ironical that even actresses should seem to lose their sense of perspective when the microphone is thrust upon them.

The foot in the mouth disease is common enough among politicians. Some of our outspoken divas, who are trying to emulate their Hollywood counterparts by taking a stiff stand on social issues and public causes, also seem to suffer from that syndrome. Take the accomplished actress Kangana Ranaut who won hearts with movies like Queen.

She seemed to go way off the track in her idea of taking on the liberal crowd over the cow vigilantism issue. This would have been a hot potato to some but not to our outspoken Kangana. In her interaction with Sadhguru, she said that while the cow ought to be protected, every time a lynching took place she felt heartbroken. Fair enough for a start, but then she went on to say she agreed that those who debate such violence “have not seen India” and “are living in cities and endlessly talking about these things”.

Kangana went on to rap “the so-called liberals who are indulgent with an entitled world view” while also saying that in a diverse land one has to be considerate to people’s emotions. Tweeple didn’t take kindly to her.

Dhruv Rathee @dhruv_rathee
I supported Jaggi in Rally for Rivers & appreciate Kangna’s movies but what they’re talking here is ridiculous! — Calling Liberals as Fanatics — Normalizing Mob Lynching by calling it “Real India” — Kangana agreeing to it & saying it happens in her village Crazy!

MitamFanTour @TeaserTommo
This is NOT ancient India. Yes cows are important but so are people. People are being KILLED on the basis of RUMOURS of cow smuggling. And this bloke justifies that as if it’s very normal ??!! NO. Lynchers and murderers are NOT the real India

JAS @Apatheist Writes
Always admired Kangana, always. Never expected that she would normalise lynchings. Her feminism is all about herself. Disappointed as a Fan. and @SadhguruJV normalises Lynchings and says people who criticise Lynchings don’t know real India. Shocked!

vamsi krishna @ismavvv
@SadhguruJV hello mr Sadhguru you don’t know what India is ? Lyinching a person in the name of cow is not india..be it cities towns or village lynching anywhere is a crime..that is not my India and plz shut up next time taking the name of India !

Siddharth Patni @aageSeLeftLelo
I really thought of Kangana someone who could really talk sense. But as soon as date of release of Manikarnika is approaching, she is making more Pro Governance statement, no matter even if it makes sense or not. Perhaps she wants a smooth release for her movie

Shvetal@novelnarratives
Kangana Ranaut can understand the nuances of privilege and the dangers of terms like ‘eugenics’ but does not understand systemic majoritarian violence. Is she stupid or does she think we are?

Sury Vedula @Sundance128
I am born and brought up in village in AP. I spent 25 years before I moved to Mumbai. India was never like this way. @SadhguruJV and @KanganaRanaut01 are painting and make people believe. They are going out of their way to please the people in power. You may guess why

Siddharth Singh@siddharth3
Jaggi: “...cows are wealth... In the olden days if someone stole a cow people would beat him up...”
Kangana: “Yes that’s how it is in my village too...”
Jaggi: “...people who talk of lynchings have not seen India. They sit in cities...”

Priyanka Dalal@priyankawriting
I find that this Q by Kangana Ranaut describes well the problem with the supposedly ‘liberal’ community of today’s times. The second problem is their character assassination of people that don’t support them profusely enough. And there is also a third which I won’t mention

ex-secular@ExSecular
Kangana in conversation with Sadhguru says in her movie Manikarnika, Jhansi ki Rani saves a calf ,the liberal filmmakers wanted to replace the calf with a lamb as they don’t want to show themselves as cow savers !!! Wtf .. She refused to shoot

Gautam Mirdha@ GautamMirdha
Had I got a teacher like @SadguruJV ,who is also a cow expert, would have got more marks in my primary classes writing paragraph on ‘Cow’, Cow not only useful for cowmilk, it also helps us to understand the meaning of many eng.words such as ‘Liberal, Antinational, Lynching etc 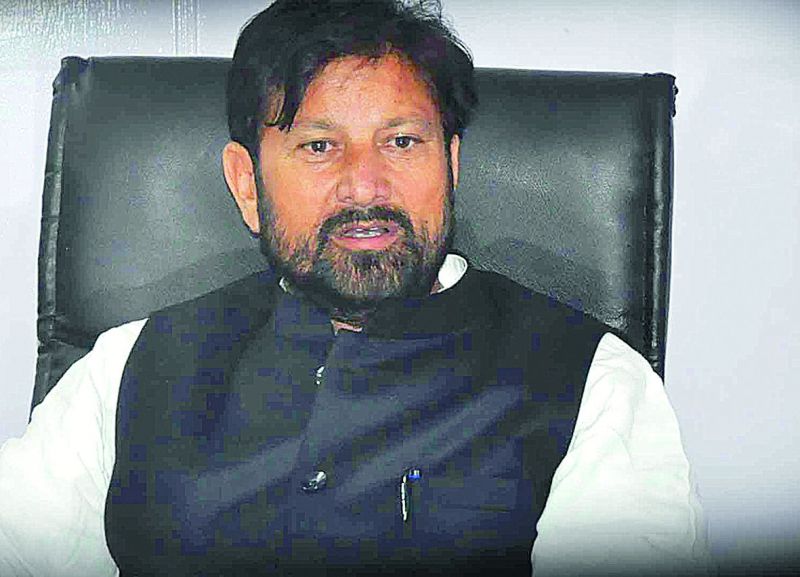 Booby prize
Senior BJP leader and former minister Lal Singh, who has often courted controversy with his remarks, asked people of the Jammu region to hoist the tricolour at their houses on the Independence Day as they are “nationalists to core unlike the people of Kashmir”