A fall from grace

In case of Usha Ananthasubramanian there are no allegations of personal corruption by the CBI and it’s only a procedural issue, says JN Gupta. 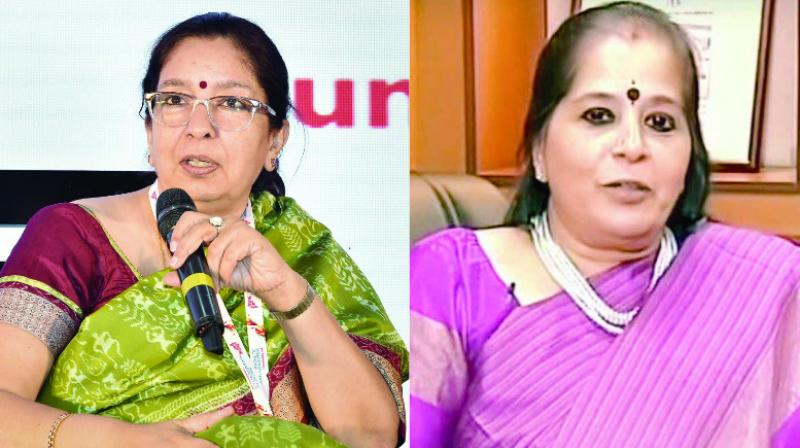 They were the three reigning queens of the male dominated Indian banking industry until recently when the cracks started to appear on the scripted story of their successes, decisions, policies and actions.

All these are now part of the soon-to-be forgotten history. A former woman bank chief said the system is robust, institutionalised and does not differentiate man or woman. It only rewards leaders and follows due process of law if there are any allegations to be investigated.

JN Gupta, former executive director at Securities and Exchange Board of India (SEBI) said, “One should never generalise corruption on gender basis. The fact is that each individual has its own character and whenever something goes wrong the true character of the person is revealed.  In case of Usha Ananthasubramanian there are no allegations of personal corruption by the CBI and it’s only a procedural issue. No one said that she has benefited personally or she has benefited any individual. The Punjab National Bank (PNB) fraud is being investigated and we do not know what will be the final outcome.”

As the country was preparing to celebrate 72nd Independence Day, Centre gave CBI the permission to act against Allahabad Bank MD Usha Ananthasubramanian in the `14000 crore fraud at  PNB. The government dismissed Usha, former MD and CEO of Punjab National Bank and MD of Allahabad Bank on the day of her superannuation on August 14.

Ananthasubramanian was divested of all her powers after being named in a CBI charge-sheet in the multi-crore PNB fraud case but had continued to be an employee of the bank. She was at the helm of PNB in two stints. She was the Executive Director at PNB from July 2011 to November 2013, and went on to head the bank between August 2015 and May 2017, before moving to Allahabad Bank. 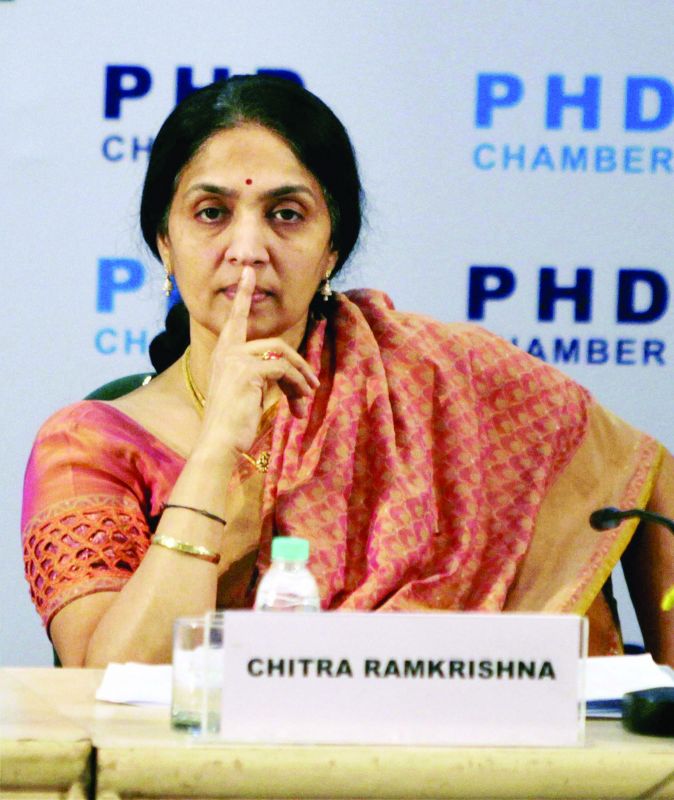 “Usha Ananthasubramanian and some other senior bank officials were in the know of the fraud, ignored the circulars and kept “misleading” the RBI about the true state of affairs involving PNB Dubai and the Indian Overseas Bank, Chandigarh. Yet they did not take any corrective action and remained silent spectators. This facilitated continuance of the fraud resulting in wrongful loss to the PNB,” the CBI said in the charge sheet.

A career banker, Usha also headed Bharatiya Mahila Bank which was merged with SBI in April 2017. In January this year, she became the first woman chairman of the Indian Banks' Association.

The curtains were finally drawn on the CEO of ICICI Bank, Chanda Kochhar. In June, she voluntarily decided to go on a leave to facilitate an independent probe into allegations of quid pro quo in her dealings with the Videocon group, the bank had said. Chanda, daughter of the  principal of an engineering college had joined ICICI  Bank in 1984 as a management trainee.

The CBI has already registered a preliminary enquiry into allegations that the ICICI Bank chief's husband Deepak Kochhar's company NuPower Renewables received an investment from a Videocon group company as a quid pro quo for a loan from the bank. 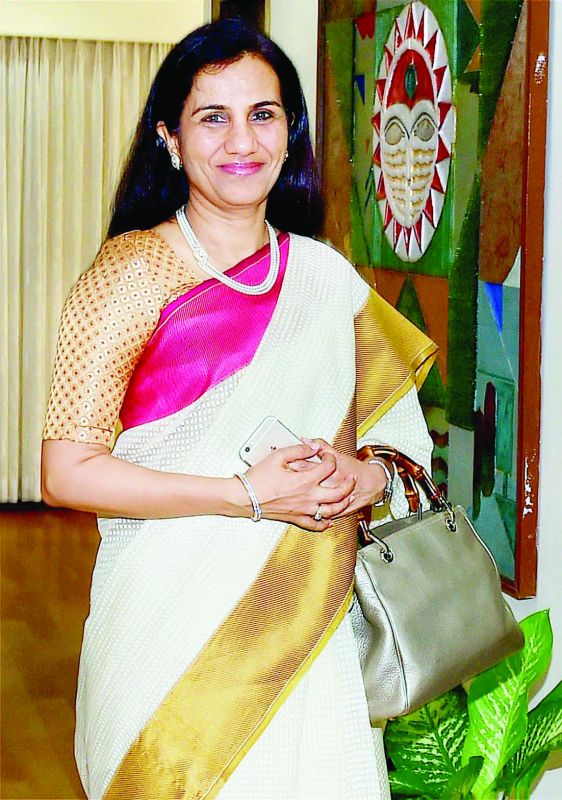 “In Chanda Kochhar’s case, she has not been proven guilty. The enquiry commission is yet to come out with it's report. There is a slight difference between the two cases. Chanda has been accused of helping a company,  while in the case of Usha, it’s the responsibility as head of the institution where she has been accused of being lacking. In both the cases, the jury is not out. So we should be cautious of putting the corrupt person tag on them. It's unfair,” added Gupta.

The CBI is enquiring into the conflict-of-interest allegations against ICICI Bank on granting loans to the Videocon Group, said the ICICI Bank in the filing to US SEC.

In case of Shikha Sharma, MD and CEO, Axis Bank, the case was different as it has pure incapability on work front to check the NPAs and poor asset quality of the Axis Bank because of which RBI was irked.

Earlier in April, RBI asked the Axis Bank board to reconsider the fourth three-year term it gave CEO Shikha last year. Shikha born to an army officer,  began her career with ICICI Bank in 1980 and spent a 29-year tenure with the ICICI group.

Shikha took over the reins of the bank in 2009. She has been credited enough with building the bank's investment banking and the retail businesses. But over the last few years, its toxic loans have increased considerably.

Under Sharma's tenure, the gross NPAs of the bank rose from 0.96 per cent in March 2009 to 5.28 per cent in December 2017.  The bank's increased exposure to sectors such as infrastructure, power, and mining have mostly turned to NPAs.

In the aftermath of the November 2016 note ban, Axis Bank once again found itself in a controversy. At least 19 of its employees were suspended for flouting norms and for alleged money laundering.

Gender doesn't definecorruption
A clinical psychologist at a leading college in Mumbai said, "The whole work scenario is changing. More women are coming in the workplace and at top positions so its natural that you are seeing a rising number of such frauds committed by them. It has nothing to do with gender.”

Then there was a credibility crisis also. It has been noticed twice by the central bank for under-reporting bad loans for financial years 2016 and 2017. The divergence was around Rs 9,480 crore. In 2017, the lender once again reported a loan divergence of Rs 5,633 crore. 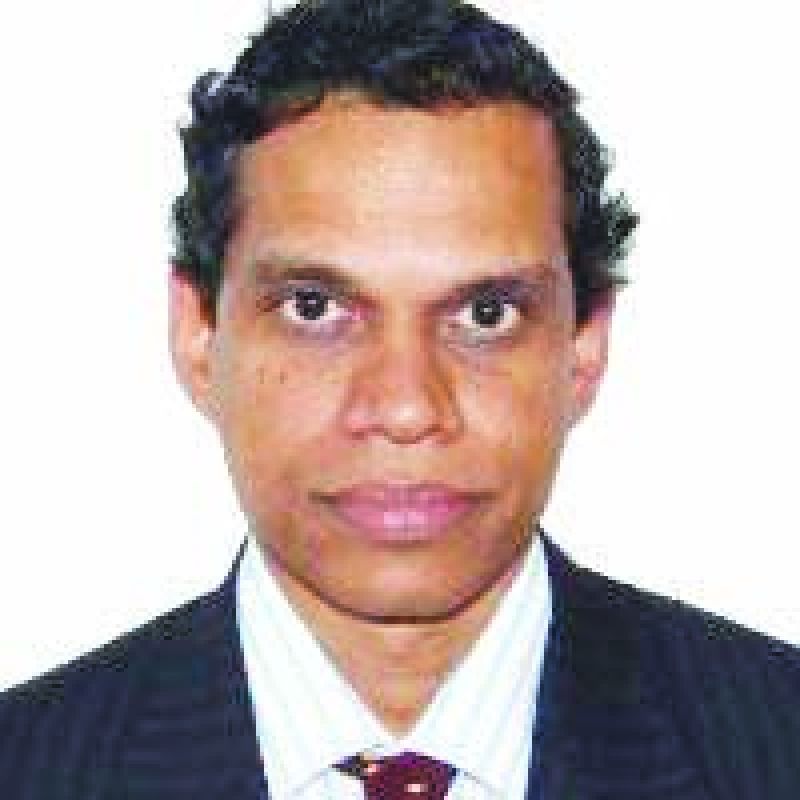 Then came the WhatsApp information leaks when in December, SEBI ordered Axis Bank to probe insider trading allegations against bank officials following reports that the lender's earnings were already being shared on WhatsApp before it was sent to the exchanges.

Shriram Subramaniam, managing director InGovern (a proxy advisory firm) said, "It's a wrong notion that women have more integrity than men. Integrity and credibility has nothing to do with gender. Power corrupts and absolute power corrupts absolutely. This saying does not have any gender implication."

Only history and investigating agencies will judge them, said a finance ministry official.