One reason behind this is a well-studied human trait, called confirmation bias. 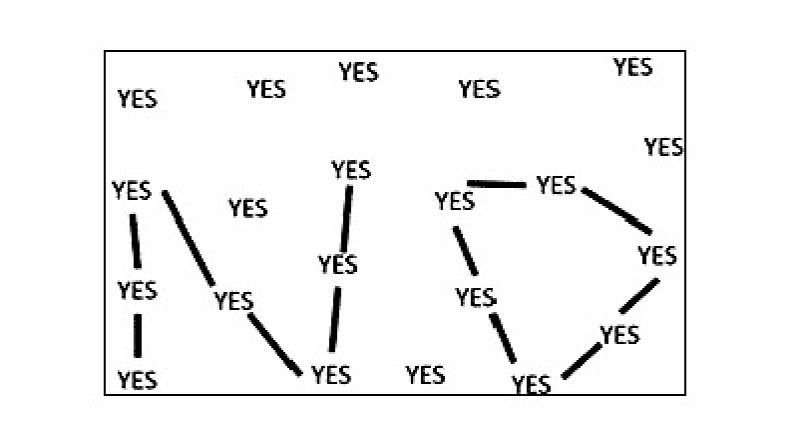 Getting rid of confirmation bias is hard, if not impossible.

Social media has evolved into a rich debating platform for us, argumentative Indians. Debates expose us to views and data that contradict our own opinions. Yet, have you noticed that it is very rarely that people change their opinions. Most debates either end sorely, or with people agreeing to disagree. Both people are exposed to the same data during the debate, but end the debate with completely different opinions; isn’t this very surprising?

One reason behind this is a well-studied human trait, called confirmation bias. This is a tendency of the mind to see what we like to see. Let us take an example of a classical Indian debate topic, arranged vs. love marriage. Consider two people with strong opinions on the topic; Alex favours arranged marriage whereas Shreya is strongly in favour of love marriages. Say that they both come across a happy couple in an arranged marriage. Due to confirmation bias, Alex’s mind would interpret this as positive evidence for his opinion. This strengthens his opinion in favour of arranged marriages. For Shreya who favours love marriages, confirmation bias works differently. She is likely to use a comfortable interpretation that does not contradict her opinion. For example, Shreya might think that the happiness the couple enjoy is not due to the nature of the marriage but due to similarities in educational background. When they come across a broken arranged marriage, the vice versa happens. Shreya intensifies her opini
on in favour of love marriages and Alex finds a comfortable interpretation to explain it away. Over the course of time, Alex and Shreya might come across the same hundred couples but end with completely opposite opinions about arranged and love marriages. Confirmation bias is much more problematic in stock trading if you have a strongly positive opinion about a company. You would disregard negative evidence about the company, buy its stocks in plenty, and end up losing money.

Getting rid of confirmation bias is hard, if not impossible. Yet, there are strategies people use to reduce its influence in decision making. One way is to consciously oppose your own opinion, giving room in your mind for the contradictory opinion. In our stock trading example, you could force yourself to composing a convincing argument against buying shares of the company that you have a strong positive opinion about. Such strategies might also enable us go with a more open mind into debates.