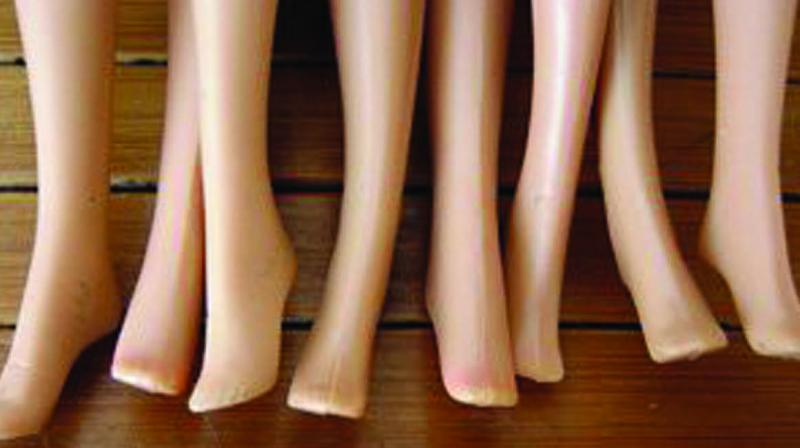 The pose means standing on your toes like you’re wearing invisible heels. It evidently elongates the legs of whoever is being captured.

The quick-paced mass consumption of virtual images on social media makes a new trend emerge every few days. And a pose has now caught the fancy of Who What Wear, is called ‘Barbie Feet’.

Referring to a flattering pose that most models and actresses have recently adopted on instagram, it means standing on your toes like you’re wearing invisible heels. Evidently, it elongates and compliments the legs of whoever is being captured.

According to a research journal on muscles and tendons, high heels is not the best footwear for our feet: “In humans, one common condition that places muscle-tendon units (MTUs) in a shortened position is high heel wearing.” This means, constantly resting on the balls of your feet can result in structural damage to your calves.

Barbie Feet also further perpetuates the unrealistic beauty standards that already impact teenagers who are enamoured by social media. Model and actress Shama Sikander says, “Unrealistic beauty standards (from photos that are heavily edited) already impact the younger generation and angles and poses don’t help that either. Nobody stands on their toes looking like that all the time.”