Through the eyes of a storyteller 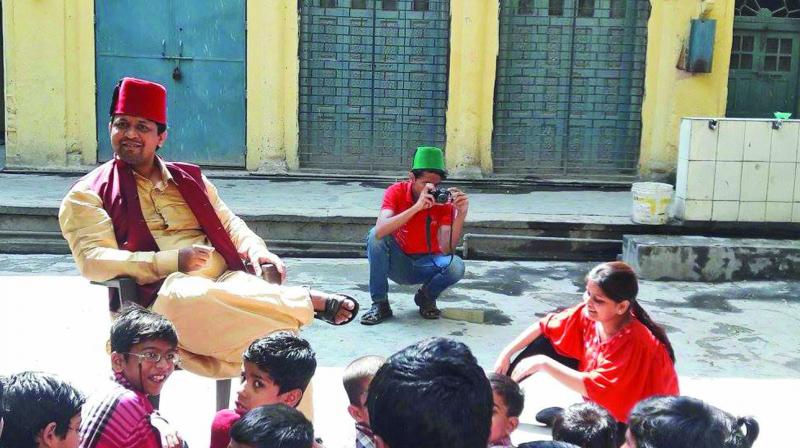 Thirty-eight-year-old Irshad detested academic curriculum. So one day, in order to avoid attending boring lectures, he got himself enrolled in a school drama and that gave a new direction to his life. Founder of TALENT.

(Team and Association in Learning Education and Natural Theater), Irshad Alam Khubi has embarked on the journey of transforming the conventional style of education into an interesting one. Established in 2000, the NGO works as an alternative to the traditional schools and admits underprivileged children with an aim to educate them through performing arts.

The organisation focuses on underprivileged students at the primary level, where they narrate stories of bygone era by wearing masks, face paints, traditional dresses and much more. Their programs are mostly  aimed at reminding people of the forgotten times. 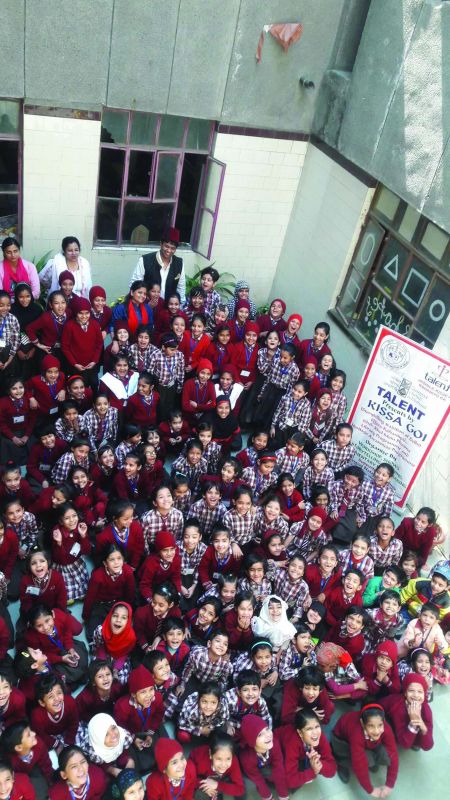 Explaining his journey as a student, Irshad says, “I was considered good for nothing by my teachers and everyone else. My classmates used to make fun of me because of my background. My grandfather was a kissagoi — which refers to someone who narrates unheard and interesting stories about different cultures and traditions, and also about professions that are looked down upon.

That bullying annoyed me and often, I ended up getting into brawls with my classmates. I used to hate studying and I found an escape in cultural dramas.” He took his training in dramatics from National Bal Bhavan, which helped him in opening the NGO.

He explains, “For Jashn-E-Kisse, we visit MCD schools and teach students about kissagoi. As part of Virasat Ki Sair, we take foreign tourists to historical monuments of the walled city and also tell them the stories these monuments are cherishing”.

Irshad says that the organisation has changed his life. “People who used to think that I’ll do nothing in life, look at me with respect now.”

Dedicated completely to the marginalised sections of Old Delhi, Irshad has no intentions of spreading the organisation’s wings to other regions. Though kissagois don’t provide him with sufficient earnings, he hopes that things will soon get better for him.