While mothers are not a fixture at a cosplay conventions, this 50-year-old is winning hearts over with her anime and cartoon creations. 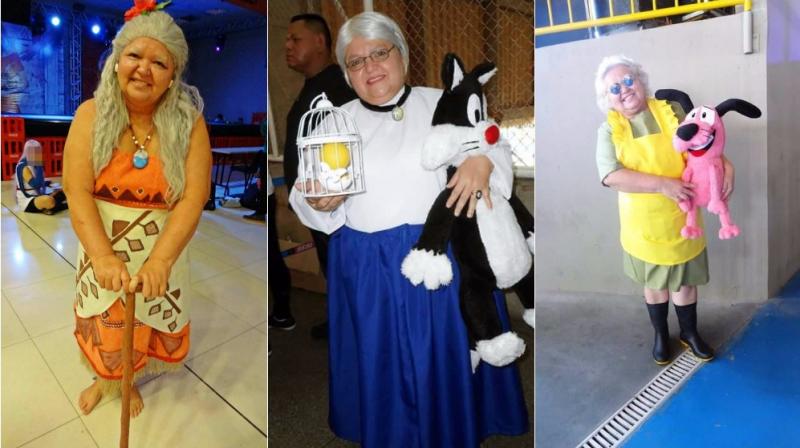 This lady from Manaus, Brazil, looks like any other run-of-the-mill mum who normally does what every parent would do. But wait! It turns out that she has a secret! If you visit any of the cosplay conventions that take place in her city, you will find a middle-aged-woman dressed up in cosplay fineries winning hearts over. Meet Solange aka Tia Sol and she has taken the world of cosplay by storm. 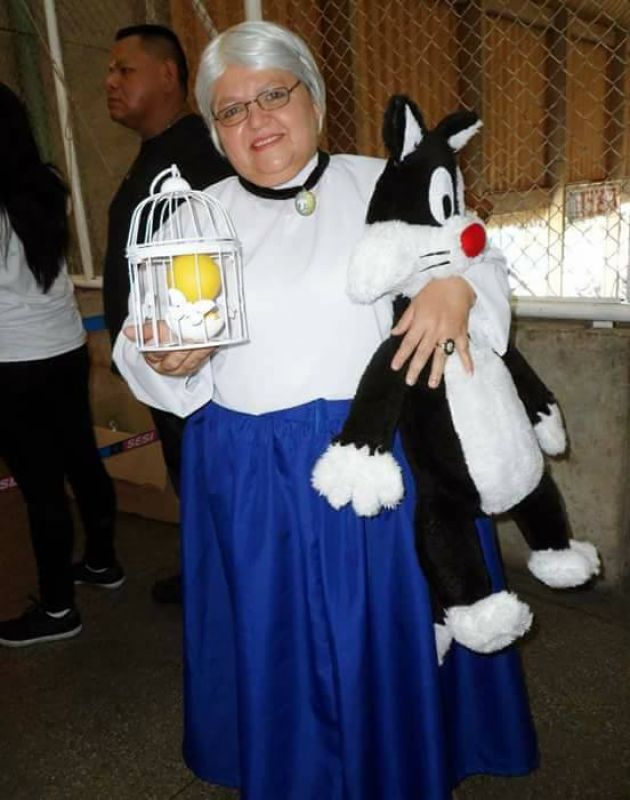 Solange dressed up as Granny from Tweety (Photo: Facebook)

A middle-aged mum at a cosplay convention is not what one would be used to seeing. Ask her about getting into cosplay and she replies, “Initially, I attended the events in my city, because I have a daughter who is into cosplay.”

She goes on to add, “One day a friend challenged me to make a costume, but I think she did not believe that I would be able to do it and not stumble.” 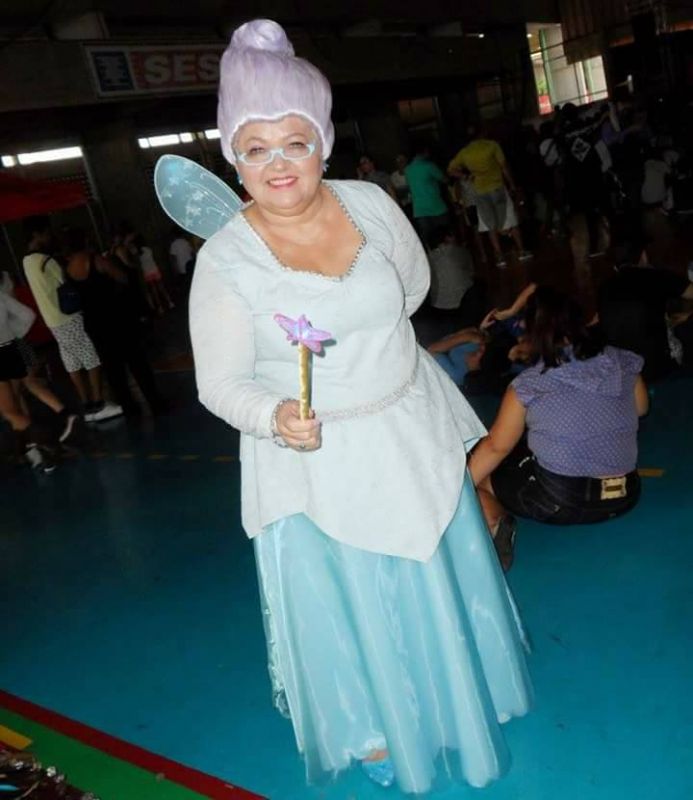 Solange goes on to say, “I accepted, I chose the character I wanted to emulate, made the clothes and on the day of the event, posted a picture on my social media site.”

Solange confesses that while she went to the convention, she was really worried what the youngsters would think.

“I was afraid that the younger people would judge me.” 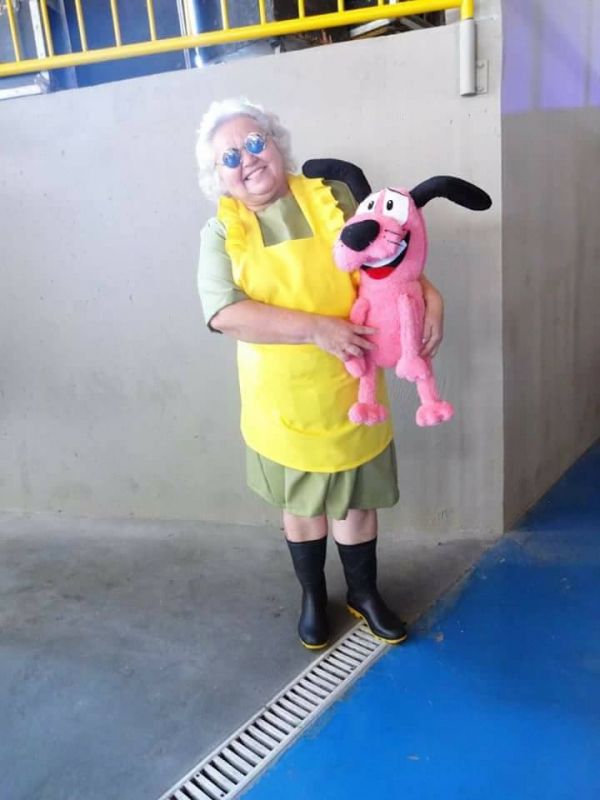 Dressed up as Muriel from Courage the Cowardly Dog (Photo: Facebook)

However, things went far better that Solange had imagined. “I was so happy to see the affection I received. Right from the very first cosplay, I participated in, to the parade and the crowded event where everybody applauded me, I loved every bit of it.”

Ask her which are her favorite cosplay characters and Sol is quick to reply, “Muriel from Courage the Cowardly Dog because I have a very similar little dog to protect me and Yubaba from the animated film Spirited Away.” 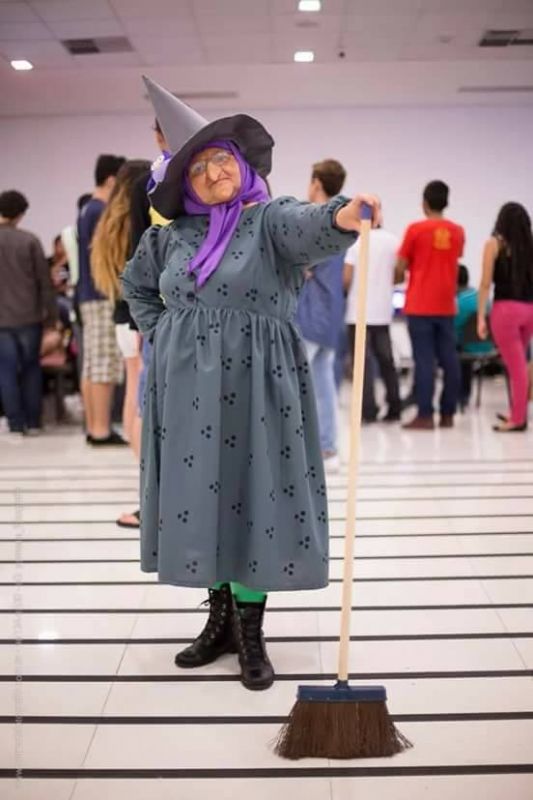 Solange at a Cosplay Convention in Brazil dressed as The Bored Witch (Photo: Facebook)

While it takes a month or two for Sol to create a costume, she mostly hand-makes all the characters that she is seen wearing at the conventions.

Sol is a constant at her local conventions but hardly travels citing that “It's very expensive.”

A housewife when she is not a superhero cosplay enthusiast, Sol also makes sweets at her spare time to earn a few extra bucks.

Speaking about the growing trend of youngsters getting into cosplay, this enthusiastic mum says, “I think it's wonderful to see so many people participating in this beautiful world created by cosplay.”

“For some hours we are all transported to a world of make believe where everything is beautiful and we forget the little problems of everyday life.” 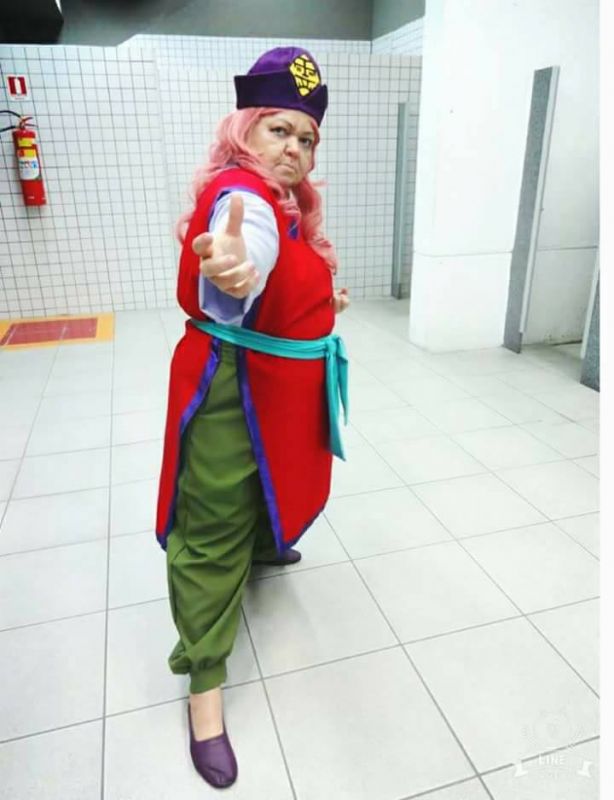 As for what is she working on next, Solange says that one is Delphine LaLaurie from the American Horror History and the other is Ursula which is her daughter’s favorite. 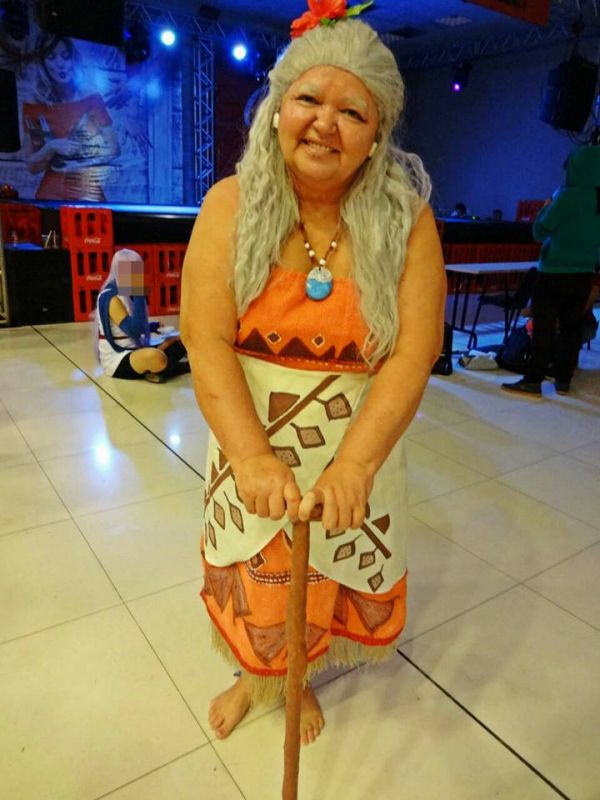 The mother of two boys and a girl concludes, “If you want to be a part of cosplay, do not think of criticisms. Be happy. I have been called old, but the old make the world. And when I cosplay it feels like I am a child. If I at 50 can do this, let’s all be as happy as we can be doing things we love.”