Rehearsing roles from the classics

Workshops have become a norm during the summer when children have their school holidays. 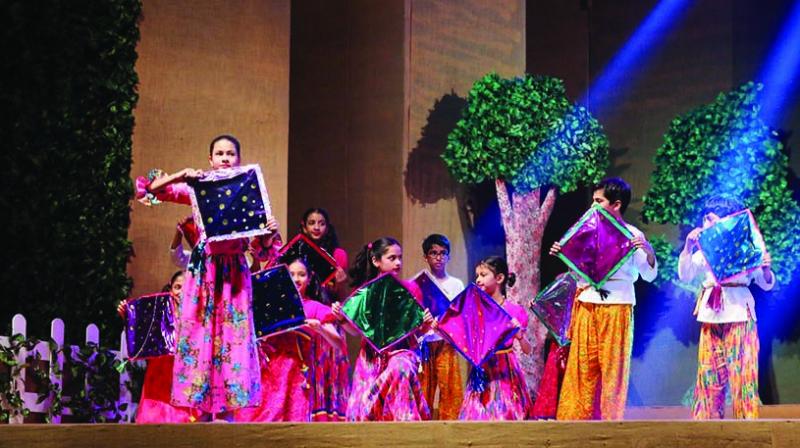 The field is throbbing with activities as children indulge in serious acting, soaking in the nuances of theatre.

The field is throbbing with activities as children indulge in serious acting, soaking in the nuances of theatre.

This is a typical buzzing theatre workshop conducted by the National School of Drama. Children are seen rehearsing roles  of characters from Tagore’s work. The plays produced at workshop will be showcased in the Capital from June 18 to 23.

During the workshop three productions are prepared based on the plays of Gurudev Rabindranath Tagore as a small tribute on his 158th birth anniversary.

Theatre allows expressing yourself and gives you that confidence. It also improves the sense to visualise the world creatively, which helps to sharpen the skills, say experts.

Workshops have become a norm during the summer when children have their school holidays.

Children are trained to express feelings and to keep body and mind fit through several activities like theatre games, playing and handling the different props, execution of emotions, worked on memory, music, creation of story with individuals and in groups.

All three workshops at Delhi are organised by NSD’s Children’s Theatre Wing. The workshops are held at the beautiful campus of NGMA.

The National School of Drama is one of the foremost theatre training institutions, set up by the Sangeet Natak Akademi as one of its constituent units.