The Delhi winner of the Ultimate Bartender Championship, Tanka Gurung is ready to compete in the final and break myths about bartending. 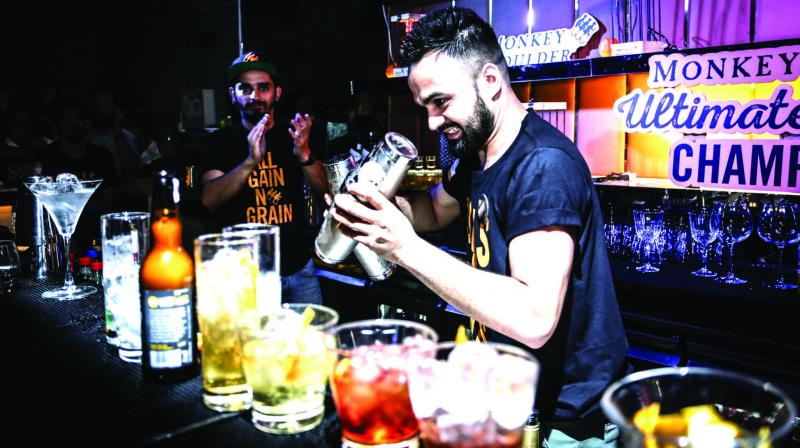 The Delhi round held on the 13th of this month brought together some of the most talented bartenders in the city to test and challenge their finesse and dexterity in bartending.

Tanka Gurung was declared the winner of the Delhi Round of the 2018 season of Ultimate Bartending Championship. “I have largely learnt the craft on my job and continue to do so,” said  Tanka, who presently heads the Bar at Perch wine and coffee bar in Vasant Kunj.

The objective of this championship is to hone and test the skills of trained bartenders all over the country. Such championships both contribute and come about as a consequence of an increase in the knowledge of bartending as a profession, which young talents like Tanka are largely responsible for. Talking about bartending as an profession, Tanka, who is heading to the grand finale of the championship, shared, “Unlike the earlier times, bartending is now seen as a highly respectable blue collar job and people are becoming aware of it with the boom in the industry.”  .

The Delhi round held on the 13th of this month brought together some of the most talented bartenders in the city to test and challenge their finesse and dexterity in bartending. A conversation with Tanka allowed me to understand how this was done. The competition started with quizzing, went on to practical rounds like nosing, serving and pouring and ended with round building, which Tanka explained, “You have to make ten different cocktails, without creating a mess behind the bar, with a balanced taste of the drink (one you’d like to pay for on a Friday night) and all this in minimum time, say, 3 to 4 minutes.” Championships akin to this, according to him “they are a platform to bring the community together, allow new talent to showcase their skills and and help create aspirations for people to work in this industry.” 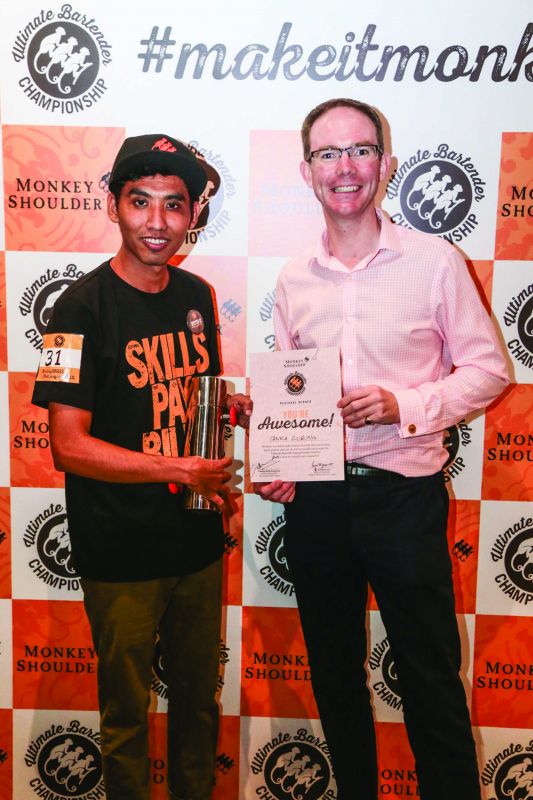 As a customer and a bystander, bartending has never striked me as something that requires years of training and expertise. And fewer people pay attention to skill and steps that are required to perfect a drink. Tanka has been in the hospitality business for 8 years and only landed in his bartending job after completing hotel management. “It was my interest in wines and spirits that led me to bartending” the spirit aficionado said, reminiscing about how his decision to become a bartender took shape.

He further talked about the misconceptions that are associated with his business. “It’s much more than just making drinks. Making drinks is just a small part of it. You are responsible for the beverages at your restaurant or bar. You have to make sure of costs incurred so that you make revenue instead of losses, along with taking care of patron of the bar so that they feel secure while having a good time and come back to you. If you’re standing behind the bar, you’re much more than a person mixing the drinks.”

But it will be the final round that will test the imperative facilities that make a great bartender. Tanka Gurung, along with Chirag Pal, Vineet Kumar and  Ankur Kashyap are headed to the final taking place on this June 28.  It will determine the winner who will gain a place at the very crucial global industry event — the Athens Bar Show.