The video has gained more than 30,000 likes and 2000 retweets on Kohli’s Twitter account in less than a day. 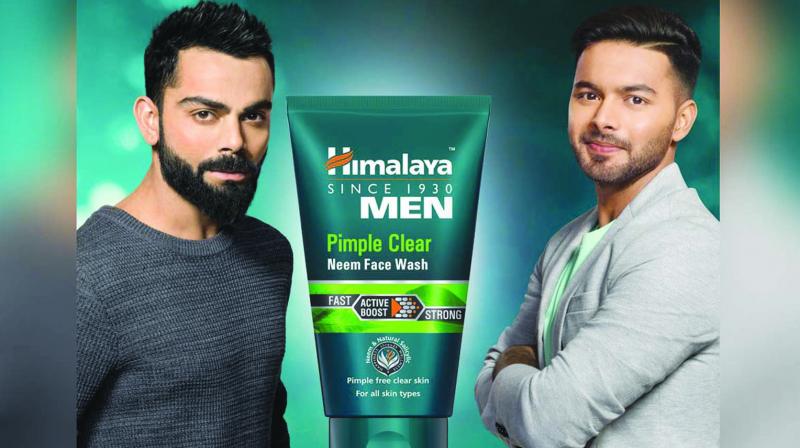 Indian Cricket team captain Virat Kohli and wicket keeper Rishabh Pant has been brutally trolled by Twitterati for their rap in TV commercial ad. The Duo signed up as official brand ambassador of an FMCG brand to promote its new line of face care products. The advertisement was released on Thursday. Virat Kohli soon uploaded it on social media. His post read: “Watch me and @RishabPant777 team up with @HimalayaMEN to take care of the one problem that keeps coming back. PIMPLES! #HimalayaMenPimplesGottaGo #LookingGoodAndLovingIt #VIRATxRISHABH”

The advertisement shows Kohli and Pant rapping about the benefits of the products “Walking like a dude, feeling all cool, you’ve got the look, you’re gonna rule,” Kohli is seen rapping at the start of the jingle. Following this post, the ad was instantly seen by millions of followers and it seems it did not auger well with the viewers, which also includes a number of members from the cricket fraternity. Twitterati mercilessly trolled after the video was shared on the Internet.

England’s cricketer Stuart Broad got involved and wrote:  “I genuinely believe @josbuttler & @benstokes38 would be excellent ambassadors for this brand. Please contact @phoenixmg3.”

Another user wrote: “Geez, who makes a song on acne? Acne is not something to be sung.”

The video has gained more than 30,000 likes and 2000 retweets on Kohli’s Twitter account in less than a day.

However, after this post, Hodge did a complte U-turn when he was flooded with some nasty comments on social media for his post. He had previously made similar comments about an advertisement video featuring Ajinkya Rahane, Ben Stokes and Steve Smith.

After getting trolled by Twitterrati, former Australian cricketer came out to clarify on what he actually meant by his comment.

“Funny, I never did say there was nothing wrong with it. I would do the same. Your interpretation of my comment was so 'glass half full' if I attach ??. Your interpretation would be different.” “Amazing how brutal people are in response. So negative and glass half full. I was not speaking in a negative tone. I would do the same if asked and paid,” Hodge clarified, to save his skin this time maybe. Meanwhile, Virat Kohli is all set to lead the Indian cricket team in the World Cup. Unfortunately, Rishabh Pant will not be hopping on to the plane since he did not make it to the line-up. And the ad is making news.