Peeling back the layers

A performance poet’s upcoming show in the city reflects on the complicated dynamics between a woman’s brown identity and her search for love. 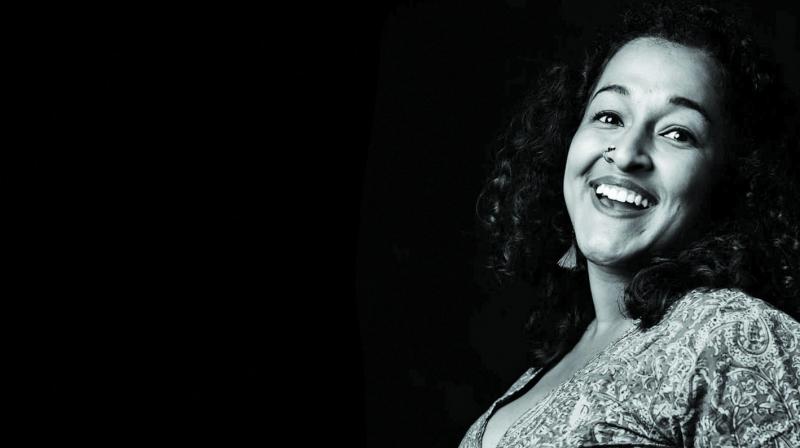 Fortunately, reclaiming and redefining what it means to be a sanskari brown woman, Nupur Saraswat aka The Sanskari Girl has been knocking off the tenets of patriarchy and sexism with her performances.

Sanskaar is a word that has long haunted Indian women into following the patriarchal-traditional-moralistic values that expect women to be docile and ever abiding. Fortunately, reclaiming and redefining what it means to be a sanskari brown woman, Nupur Saraswat aka The Sanskari Girl has been knocking off the tenets of patriarchy and sexism with her performances. The Bangalore-based performance poet, who has been talking about identity, brown experience, female friendships, feminism, and body images, is returning to the bay to narrate the complicated dynamics between one’s ethnic identity and the search for love in a theatrical poetry show called Sanskari Girls Learn to Love at Si Bambai.

Nupur, who grew up in Singapore, had a complex tryst with her own Indian identity, what could be termed as the ‘brown experience’ where she would be expected to represent her ethnicity which further got explored in her works. She questions what it means to be a good, well behaved and an acceptable girl in India. “I wanted to talk about how these girls, who are not very socially acceptable in their families, in their social construct, and in all shapes and forms of the sanskaari world. I wanted to then talk about how these women love. How do they learn to love; how do their labels interact with their romantic and other relationships,” says Nupur.

In an aptly titled show, the 24-year-old poet will be weaving mediums like movement theatre, dance, music, spoken words and skits to narrate semi-autobiographical instances about body images, being a brown girl in foreign countries, long distance relationships, and the ordeals of dating apps.

As a curly-haired brown voluptuous woman, Nupur explains how one’s body type influences their romantic life. “For me, the difficulty of finding role models and representation of who I was in the mainstream media and finding acceptability of my body type led to a journey considering that I was not ideally, an attractive person which led to terrible romantic choices. Your body image then influences your romantic life,” she illustrates. Furthermore, the dichotomy arrived when Nupur joined dating apps. “In the beginning, it was about finding acceptability from the women in the position of power, but then on dating apps, you realise that the thing that you have been asking for – the acceptability all your life – is now being fetishised,” she says before adding that this is a very common brown experience that people will have in any western and west representing countries like Singapore.

In a world where one’s mobility has become limitless, Nupur throws light on how limited a brown woman’s experience can be while pursuing a long distance relationship. “The question of being a brown woman in a long distance relationship with a person who is not brown is very interesting as a lot of things come into the play. I hold an Indian passport, and it is a roller coaster of experience because every time you are in line for a visa, you are scrutinised beyond the need. I have filled out forms where I had to attach Facebook posts about my boyfriend just to be able to prove that we have been dating for a while. Something as personal as your Facebook posts are now in the records of an embassy, just to prove that you are in a mutual relationship and not just for a green card,” she illustrates. Additionally, the 40 minutes show will also swerve into the experience of modern-day Internet dating apps.