The institution, which is more than 50 years old in the city, gets an average of four calls a day. 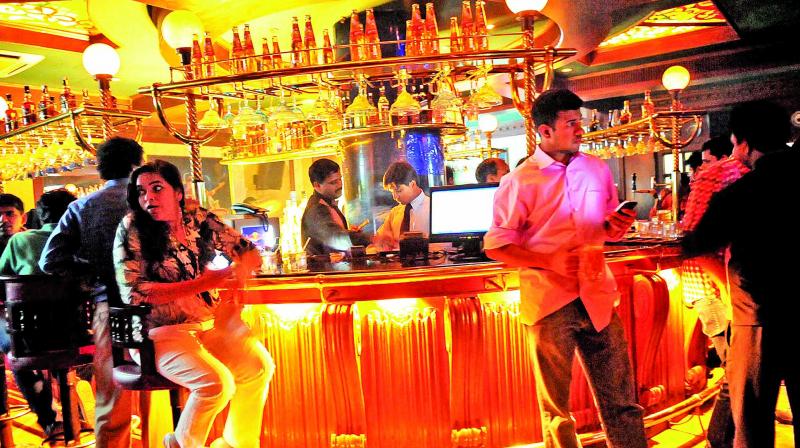 The report, which was released in London on Thursday, found India at sixth place for people getting drunk — in a list mostly dominated by English speaking countries.

A recent global survey found Indians to be among the heaviest alcohol drinkers in the world. The report, which was released in London on Thursday, found India at sixth place for people getting drunk — in a list mostly dominated by English speaking countries.

Meanwhile, city doctors warn that the problem is actually so severe that they are surprised India is not occupying the number one spot. The report is especially worrying for Telangana and Andhra Pradesh because in 2017, a liquor market researcher ranked Hyderabad among the top Indian cities for liquor consumption.

The study titled Indian alcohol consumption — The changing behaviour found Andhra Pradesh, Telangana, Kerala, Karnataka, Sikkim, Haryana and Himachal Pradesh to be among the largest consumers of alcohol in India, adding that the liquor market in India was growing at 8.8 per cent per year and was expected to hit 16.8 billion litres by 2022.

So how serious is the problem? A spokesperson from Alcoholics Anonymous, an international fellowship of men and women who have a drinking problem, says that a lot more people are walking in to seek help and becoming aware that alcohol addiction is a disease and not just a physical condition. “The disease progresses slowly and by the time one realises he/she is addicted, they are already a full blown alcoholic. So it is good to see youngsters do research online and walk in to help themselves before it is too late,” he says.

The institution, which is more than 50 years old in the city, gets an average of four calls a day. And while they had about 120 active members seven years ago, that number stands at 300 today, with meetings held regularly at any one of the 32 centres across the twin cities.

“Self preservation is a natural instinct in people but substance abuse goes against that. There is no medicine to cure alcoholism, and some can be born alcoholics, with the disease lying dormant in their genes. So spreading awareness is the only option. Also, it is really important that people educate themselves, drink responsibly and understand what the disease is all about,” adds the spokesperson.

Dr Bharat Kumar Reddy, consultant psychiatrist at Asha Hospital, says that the issue is not that we are drinking, but how much one is consuming and why? “In the West, people drink socially but we drink to get drunk. City folks also tend to drink whiskey, rum and vodka whose alcohol content is much higher than beer and wine. They also compromise on the quality of liquor because they are cheaper. And the disturbing results are being witnessed in the medical world,” says Dr Reddy, who sees at least 20 people every week with alcohol related problems.

He adds, “We have among the highest alcohol related morbidity and mortality rates from alcohol in the world. While alcohol related health cases are recorded abroad, it is not the case in India, so the real statistics could be much higher than reported in the study. The other worrying factor is that the age for the onset of drinking alcohol is reducing. Children as young as 13 years have been found drinking.”

While drinking was a strict no-no with earlier generations, there has been a clear and rapid shift in attitude thanks to globalisation. “A change in social drinking norms, a swelling middle class, disposable incomes and liberal outlook could be at play in the trend. India has witnessed a sea-change in the last decade. We are no longer seen as a low drinking nation. Social drinking is now a norm. While a glass of wine was always the norm in the West, the jump for us has been very rapid,” says Dr Hari Kishen Boorugu, consultant physician at Apollo Hospital, Hyderguda.

Though binge drinking may not be equivalent to alcohol dependency or addiction, the good news is that more people in Hyderabad are now becoming aware of alcohol related issues.