Museveni, who has ruled Uganda for 31 years, issues public ‘warning’ , says ‘mouth is for eating’. 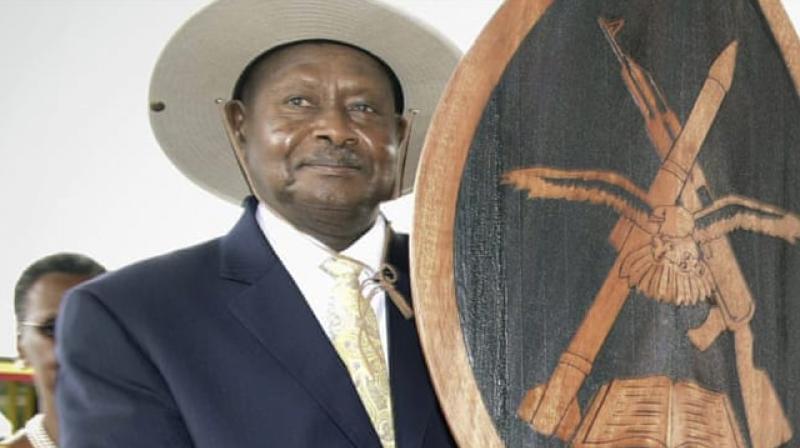 The 73-year-old had signed the Anti-Homosexuality Act in 2014, making it illegal to be gay in Uganda. (Photo: AP)

In a bizarre revelation, Yoweri Museveni, the president of Uganda issued a public 'warning' condemning sex acts, which he said were brought in by 'outsiders'

The Ugandan president has said he wants to ban his nation from having oral sex because "the mouth is for eating".

Museveni, who had ruled Uganda for 31 years, issued a public ‘warning’ condemning sex acts, which he said were brought in by ‘outsiders.’

The socially conservative evangelical leader said in a televised press conference: "Let me take this opportunity to warn our people publicly about the wrong practices indulged in and promoted by some of the outsiders.

He went on to add, “One of them is what they call oral sex. The mouth is for eating, not for sex.”

The 73-year-old had signed the Anti-Homosexuality Act in 2014, making it illegal to be gay in Uganda.

In Uganda, those found to be engaging in gay sex regularly face life imprisonment and those turning a blind eye to same-sex couples could also be at risk of committing a criminal offence.

After introducing the law almost four years ago, Museveni said oral sex could cause worms.

Museveni went on to state, “You push the mouth there, you can come back with worms and they enter your stomach because that is a wrong address.”

A Ugandan court is currently hearing a case that seeks to overturn a measure that removed an age limit to Museveni's rule.

Opposition politicians and the local bar association are challenging the law, passed in December, that allows him to potentially hold power for nearly five decades.