Hacks to make fears and phobias lose their power and control over you. 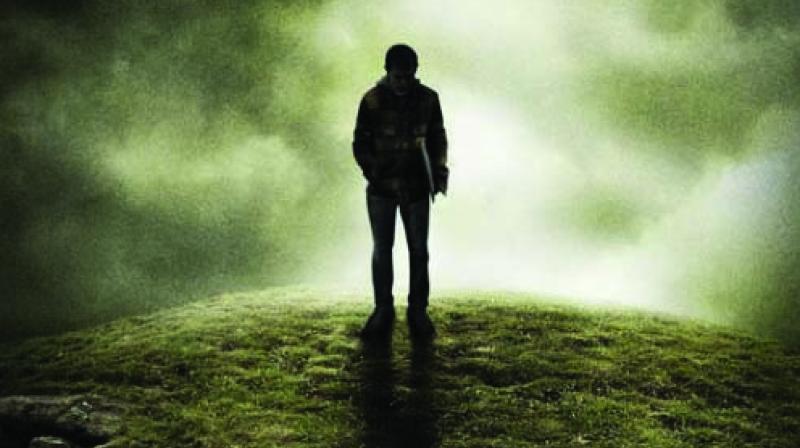 A still from A Resurrection

Source of phobias
Phobias are usually started either by a traumatic or negative event, which then becomes a bad memory and neural association.

Say you had a traumatic experience that scared you or caused you harm, such as being bitten by a dog, and now your mind associates all dogs with danger. You may have been stuck in a lift which makes you scared of going in a lift now. These are known as learned negative behaviours. Your mind has learned to associate danger and your fight or flight response to a specific thing, object or situation.

Another reason for phobias is a secondary learned experience, this mainly happens in childhood. Say your mother has a fear of cockroaches, you see her screaming at the sight of one and you too learn to associate cockroaches as being dangerous, and the seeds of fear are sown.

We can also think ourselves into phobias, if you keep playing images of a plane crashing before you are about to fly or if you watch a film about a plane crash, you create a fear of flying before you even get on the plane, so our imagination can install deep fears.

Can you do anything to fight your fears and phobias? The answer is yes. Our mind is a very powerful tool and we all have the ability and inner resources to fight our fears. The following hacks can help you deal with and overcome your phobias.

1. Visualisation
You can use visualisation to calm your fears even before you  face the challenging situation or feared object, because it is a lot easier to face a stressful situation with a calm mind and body.

Imagine yourself in the feared situation or facing the feared object feeling calm, relaxed and in control, as if you don’t have the fear. For example: if you’re scared of flying, imagine yourself calmly walking into the airport, describe what you can see, hear, smell... focus on where you’re going and what you’re going to visit, focus on how good your holiday is going to be and how excited you feel. Imagine boarding the plane feeling relaxed and then imagine yourself on the flight feeling calm, safe and imagine everything going well. The more you do it the better the results, because fear is an emotional state often created through negative experiences and the thoughts and images we create in our minds.

2. Gradual exposure
You can try gradual exposure, so for example: if you are afraid of elevators, you can tackle your fear in stages, use the visualising techniques to calm you down before each stage. First, imagine yourself achieving your goal feeling calm and relaxed, then enter a building which has a lift while imagining you are at your tranquil location and keep imagining you at your ideal place until you begin to relax. Once you have got used to this, walk up to the doors of the lift and repeat the process. When you feel ready, step into and use the lift, while using the visualising exercise to calm you during each exposure stage.

Even if you don’t succeed the first time, praise yourself for having a go. You can always try again. Never be hard on yourself, and remember it is nearly always the feelings and sensations which are holding you back and not the object or the situation. Don’t let phobias, fears ruin your quality of life any longer.

3. Face your fears
To overcome your fears at some point you will need to face them. The more you resist fear, the more intense it becomes. Recognise the fear for what it is — just an unpleasant feeling and sensation.

The only thing that keeps your fears active is you wanting to avoid the thing or situation, the only way to overcome them is to face whatever it is you fear.

Stand up to the fear, embrace it, allow the feelings to carry on, practice letting the emotions just flow through you and away.

Don’t try and fight it, don’t even want to stop it, let yourself know you’re not going to die and let the feelings pass and subside, keep doing this until the fear surrenders and leaves.

Give yourself permission to feel fearful, let your mind know it is OK if you feel a bit fearful or anxious.

4. Get real
Gain perspective into your situation and separate reality from fantasy. Realise that you’re not going to die from the fear that is troubling you. Any drama you make up in your head is merely that — drama. It’s usually made up, scripted and based on an experience that you’re attaching to current reality. It’s not true, and it has no power over you.

5. 20 seconds of courage
This is one hack which will change your life. Think of everything you could accomplish if you forced 20 seconds of bravery on your mind just three times a day.  Whenever you are face to face with your fear, force yourself to look into your fear eye to eye for 20 seconds. Doing so would multiply your success of overcoming your fear.

6. Habituate yourself to fear, 90-day immersion
Many people never get to this stage where they face their demons. By exposing yourself to whatever you fear, it loses its power and control over you. Most people are not willing to go through that period of habituation.

In an extreme sense, think about how goofy teenagers glued to their X-Boxes are transformed into war-fighting machines in the battle fields. When the bullets are flying, and bombs exploding, they’re running at the bullets and bombs, which is the opposite of how the brain works. How did this happen? It’s called boot camp. In boot camp, soldiers are submerged into an amazing amount of stress and constant overload of fear to the point where they don’t fear anymore.

No matter what it is that you fear, if you submerge yourself in it for a long-enough period, the illusion of fear (because there’s no such thing as fear — it’s an illusion we make up in our minds) will eventually be gone. Submerge yourself in your fear for 90 days. Have relentless contact with the activity or thing you fear, and by the end of 90 days, you’ll no longer fear it.

The writer is an inspirational orator and motivational confidant