While #DeleteFacebook is trending, it is not easy for users to suddenly cut off from the widely used platform. 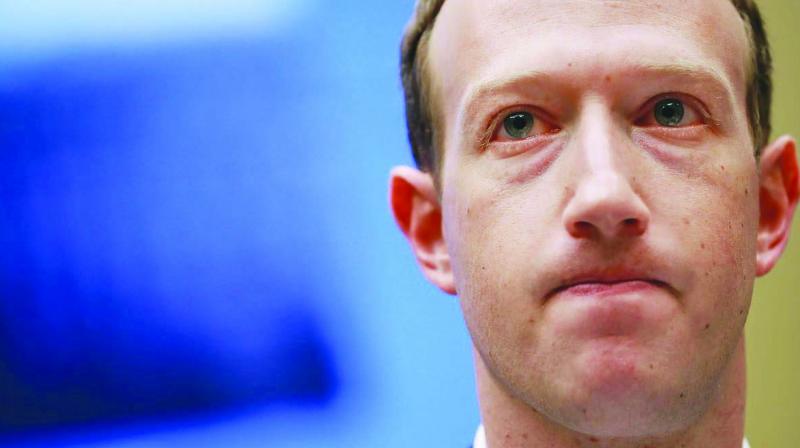 Open source alternatives like Signal and Telegram may be more secure, but their user reach is simply not there.

Beginning of a new era:

Nakshatra Pachauri, author of the book “Post Zombieism: Social Media Hordes” also says that there could potentially be a more problematic (and sinister) twist to the current crisis. “It is clear that Instagram is the new money making machine for the Facebook conglomerate. Teenagers (the largest demography) were moving away from Facebook was already apparent in 2013. As the mobile connectivity has risen, Instagram has become the medium of choice for a large population. Looking at the continuing popularity of Instagram, wouldn’t it be better for all associated with Facebook to jump ships? Hasn’t the corporate enterprise in the West done this time and again!”
Facebook sails or sinks is yet to be seen but our species has a need for social spaces in the virtual world and they will keep improving the platforms and rules or keep looking for better platforms to unite online. One could call it the evolution of humans in the virtual world.

In this digital era, Facebook and Twitter were the platforms that helped cultivate a culture of hashtags. People bonded over shared interests and agonies, that lead to the much criticised online activism. While such hashtags were pushed aside as mere armchair activism, #DeleteFacebook seems to have grabbed the bull by it’s horns. But how easy is it to walk away from spaces like Facebook that have become a source of joy for many people, providing a sense of community where, no matter how real or fake, most try to keep up an happy image? Why are people choosing to stick around, despite posting the new trending #DeleteFacebook?

Breaking up with Facebook is very hard for people and the reasons may be so many.  “Perhaps some people are sharing the trending #DeleteFacebook just to be “on trend” but maybe some feel that, even if they won’t, someone else in their list may want to. The only way for us to know if they are waiting for the people to know, is if they said so themselves in a status. Merely sharing #deletefacebook does not mean it is a declaration of intent and it may be irony for some users, without context, it’s hard to say,” opines Pulkeet Mehra from Rationalism, Secularism, and Transparency Appeal Foundation.

While for some it is even more difficult as their work is tangled with this platform. Akshay Kumar, a public relations professional says, “I personally feel that deactivation of Facebook is not the apt solution to the issue and it is actually not an easy thing to just wake up and deactivate a facebook account when most of your work is done through social media platforms. We could do that only if there was a other better alternate option to Facebook. As per my view, a few things might change now like people might stop sharing every single thing on Facebook and start being careful with the platform but I don’t see deactivating as a better option.”

Psycologist Nisha Khanna says, “People are so habituated to Facebook that they find it very hard to actually delete the Facebook account. They rather change their privacy settings so that only their friends know about their personal life. Secondly, many people use their fake details such as their birthday and sometimes even their name on their Facebook account so they have no fear of getting their data leaked. Thirdly, Facebook is one such platform, which connects people to their family and friends who are living in far off places in India and abroad. So, its actually very difficult for people to delete their Facebook account.”

“The urban middle class boasts of the biggest mass and the social media giant- Facebook, has no doubt created such a space in the hearts of its users that it has become one of the basic amenities of living for them now. The things such as security breach, hardly affect such people.” says Shreyas Aatman, a student.

On the other hand there are also people blissfully unaware of the dangers of such data breech. Aditya Mohapatra, a student, feels, “Facebook as we know has been a medium used by many people because it is very user friendly and has definitely gained huge amount of popularity over the years. And certainly many people are not aware of the fact that their data is being leaked. And the ones who know are ignorant or feel that propagation of messages is more effective through Facebook.”

Pulkeet says, “Deleting Facebook is one step, however, it is like removing your gloves but keeping the rest of your winter clothes on while standing in the desert. Instagram and WhatsApp, the winter outfit, are owned by Facebook! One can not escape the reach of facebook in this digital world, and there are no open source alternatives that are readily useable.”

Other open source alternatives to Whatsapp like Signal and Telegram may be more secure, but their user reach is simply not there. “In countries like India, once a brand has established itself, it will be really hard for an alternative to take over, when it comes to freeware,” says Pulkeet, adding, “A saying goes “if you aren’t paying for it, you are the product”. One alternative to avoiding the “evils” of this platform are to use a paid service, which most people would not do. Yet your data is at risk even in paid services, so even a paid social networking site would have to reassure its customers that their data will in no way be sold, or breached.”

Nakshatra Pachauri, author of the book Post Zombieism: Social Media Hordes says, “As we see, the privacy issues aren’t new and it’s also not that people haven’t been warned before. Yet the ultimate question which arises in the current context is why now? This is a competition to attract user attention. This shows clearly in the attacks on Facebook driven on (and by) Twitter. In fact, Whatsapp co-founder Brian Acton, has supported the call for #deletefacebook.  And to announce this he has also used Twitter! The free world crusaders are in an overdrive to cannibalise their own by facilitating the movement to bring Facebook to justice!”

With Inputs from Angela Paljor and Ankur Biplav