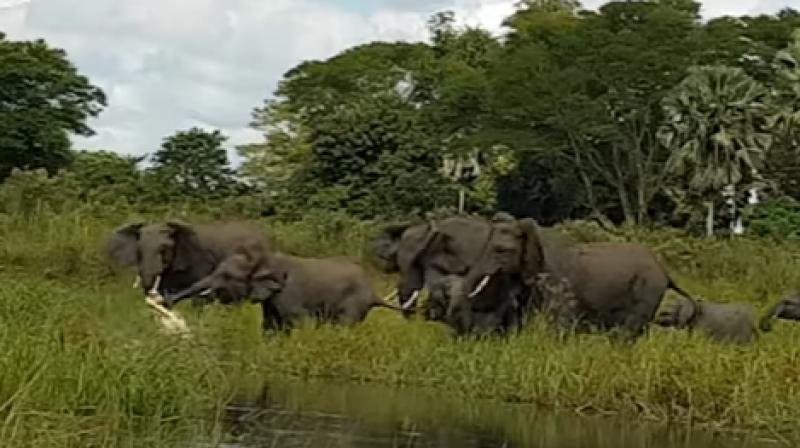 Several elephants from the herd tried to help but were too scared when the crocodile didn't let go. (Photo: Youtube/Alexander Makanga)

Wild animals are battling each other everyday to survive and not be food to another. While the wild cats seem to be the most dangerous, the crocodiles in the water are eqwuaAnimals have to always fight to survive in the wild and their skills are quite commendable especially when they are least expected to fight. Elephants are known to trample their enemies but not if their babies because they haven’t been trained by their herd. However, a baby elephant recently showed her survival skills when she did a really good job by fighting off a crocodile next to a lake recently.

According to a media report, the clip posted on Youtube shows a herd of elephants passing by a pond when one of them was attacked unexpectedly. The crocodile sprung onto the trunk of the small elephant and didn’t let go of him. Scared by the sudden turn of events, the others in the herd immediately ran away but the elephant fought the crocodile till the latter got tired and let go of the animal.

The viral video now has over one million views after it was posted and people are amazed at how the elephant did not give in but instead chose to fight the crocodile while the herd got scared.