Australian theatre director Andy Packer talks about adapting the popular German novel Emil and the Detectives into a play. 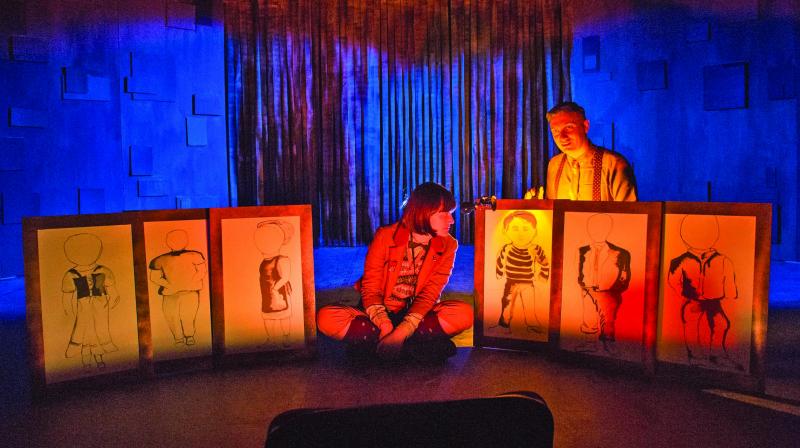 Scene from the play Emil and the Detectives

When young Emil catches a train to travel to a city, little did he know that he will be lost in the city and will encounter a thief and end up losing all the money he was entrusted by his mother. Emil then meets a group of kids who work together to demand justice and get the money back. Australian director Andy Packer’s play Emil and the Detectives, based on German author Erich Kastner’s novel of the same name, proposes one to never underestimate the determination of a child. The play is brought to the city audience under the Australia Fest, starting from today. With 40-voice youth choir in the piece, the play attempts to pose questions such as finding right friends in the world and working together to defeat tricksters. “The themes of children’s freedom and of people coming together to demand justice are important for all of society to consider, the story may appear to be a children’s story but it is also a political statement,” says Andy – the artistic director of the play.

In addition to the play, the director wonders about how many parents would allow their child to go on a long journey alone on a train these days? And answers himself saying, “Not so many in Australia. I am not sure about the situation in India.” Andy uses multiple metaphors like small shadow puppets to represent the cityscape and his characters Emil, his mother and the thief called Mr Grundeis. He also uses animation, lighting effects, projection and illustrations of children and real children’s recorded voices as the detectives. “We try to make

theatre where the story and the emotion are conveyed equally by spoken text, image and music,” says the director. Adding that all of these elements are very important to their theatre production.

There is no doubt that a great actor on a bare stage with a great story is very powerful, but by adding some other ingredients, Andy tries to induce a dreamlike state for the audience— a reason why the development of the play initially stretched over a year. “We worked on the development of the show for about seven months (on and off). We had decided about a year before that we were going to adapt the story so we were thinking about it for quite a while,” recalls the director. Though the age of the character Emil is not specified in the book, the director puts Emil and the detectives between 8 and 12 years of age. However, the cast performing the play are adults, “but we use field recordings of interviews with children aged nine to represent the detectives. We love collaborating with children and young people. They have so much to teach us, ” Andy adds.

Andy is known for creating original live performance moments that are emotionally powerful and visually bold. Defining his pursuits in performing arts, Andy explains that it is a gift and a constant joy to go to work each day. “There is also lots of planning and hard office work but we know that this is leading to creating moments of wonder in the theatre for families. That is a great motivator,” he gushes. His inclination towards creating magic on the stage paves the way for him to master the art of experimentation and he fearlessly encourages saying, “Experimentation is at the core of what we do at Slingsby. I don’t think any other team of artists would come up with a stage adaptation of Emil and the Detectives that looks anything like this one.”

While Indian theatrics often complain about lack of resources and financial aids from government institutions, this Aussie director is fortunate to have received good funding for theatre. “But certainly the ‘adult theatre’ opera, ballet and orchestra’s get the majority of the resources. We must just keep making excellent work and slowly change the conversation,” believes the director. When asked if he has witnessed any Indian theatre production on his extended tour to India, he answers in negative but remains hopeful to start a longer relationship between his company and Indian artists. “I am afraid I have not yet had the pleasure to see theatre in India, but we are running workshops while we are touring – we love meeting new artists and learning from them. I hope this is the start of a long relationship between our company and Indian artists,” he insists. Asked if he has any plans adapting any Indian play for his future productions, the director smiles saying, “We would love to explore it. This would be wonderful and we are very keen to learn and find a way to share experience and knowledge in creating something new,” smiles the director. Meanwhile, the director with his company is building a relationship with ThinkArts in Jaipur to collaborate for a new show.