Marine conservationists deeply concerned, cause of their death still not known. 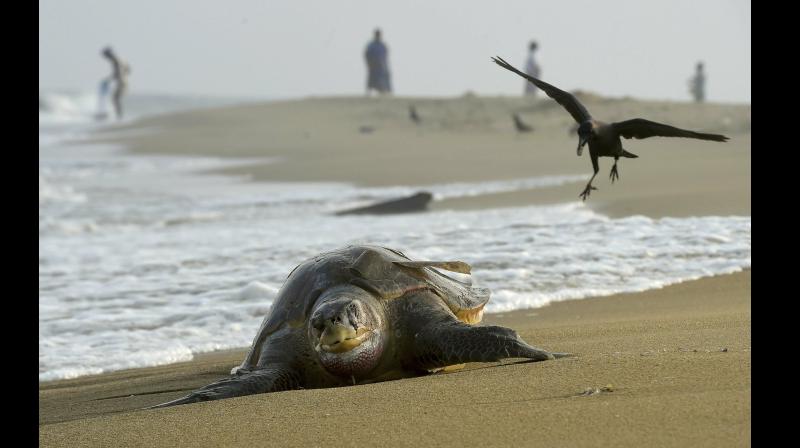 Chennai: Many carcasses of olive ridley turtles were discovered washed ashore along the coast of Bay of Bengal, in Chennai on Friday. This incident has sent shockwaves among the marine conservationists yet again.

The last such incident happened in 2018, where carcasses of 47 olive ridley turtles, including 25 females, were found near Rushikulya river mouth in Odisha’s Ganjam district over a span of two months consistently. The forest department speculated whether the turtles had perished in the deep sea and their carcasses had been washed ashore. The possibility that the animals had died due to the illegal movement of mechanised fishing trawlers near the Rushikulya river mouth was also taken into consideration.

Olive ridley turtles are best known for their behaviour of synchronized nesting in mass numbers, termed arribadas. Females return to the same beach from where they hatched, to lay their eggs. Every year nearly four lakh turtles lay eggs near the Rushikulya river mouth in the second half of the month of February.