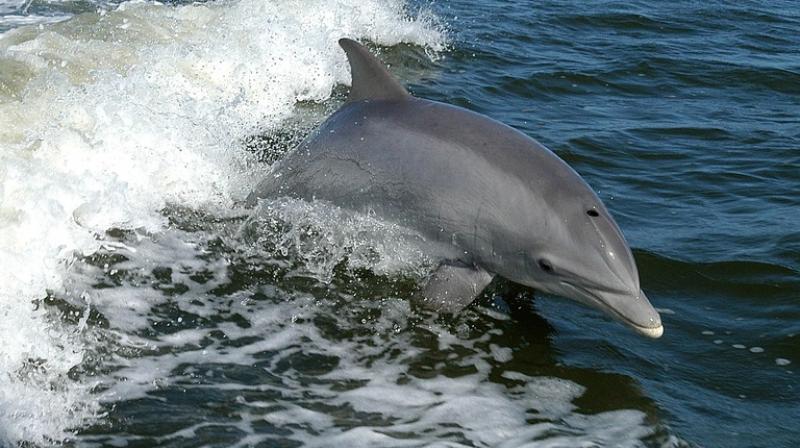 Study found that the dolphins didn't really mind what was on the TV, but certain dolphins showed more interest in the pictures than others.

A new study now finds that dolphin who are know for their curiosity and intelligence enjoy chilling out in front of the TV as well.

Researchers at the Dolphins Plus Marine Mammal Responder in Key Largo, Florida, played videos on a TV screen through underwater windows.

They played scenes from Sir David Attenborough's Planet Earth featuring other cetaceans, other nature shows, plus some Spongebob Squarepants.

Experts then monitored the dolphins’ behaviour for signs of interest like pressing their heads against the glass or nodding their heads, or signs of aggression, such as clamping their jaws or swimming with jerky movements.

They found that the dolphins didn't really mind what was on the TV, but certain dolphins showed more interest in the pictures than others.

The researchers wrote in the journal Zoo Biology, “Rough‐toothed dolphins displayed significantly more behaviours, particularly interest and bubble behaviours, than bottlenose dolphins, with no differences observed between the species for the percentage of time spent watching.”

The experts further added that male rough‐toothed dolphins displayed significantly more aggressive behaviours than females, with no other sex differences noted which, they conclude is due to the inability for these dolphins to physically interact with or manipulate the TV.