Due credit: Zero changed the world

Our ancient philosophy explains why India was the source for the symbol of nothing. 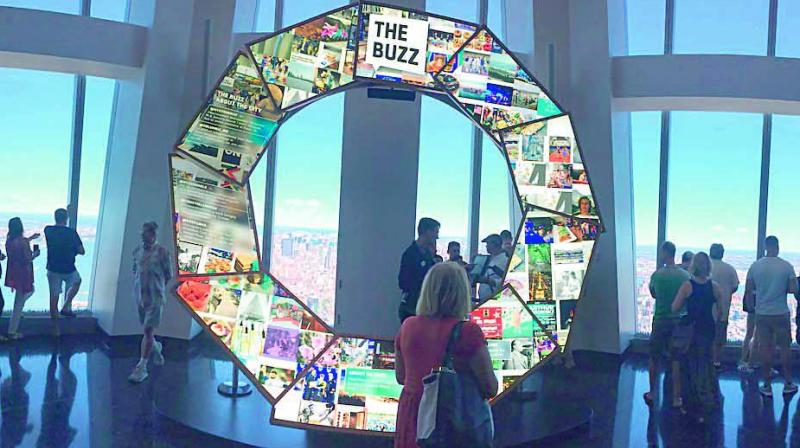 The zero, which could be thought of as a hole with nothing, suddenly assumes a deeper meaning when it is imagined as a circle. Such was the depth of early Indian thought.

It is fascinating to see how in history many of the early basic concepts which went on to revolutionise human knowledge came from India. This is not to enter into silly arguments over whether our ancestors flew aeroplanes, which some politicians from ideology-inspired traditions like to propagate. Our ancestors did most certainly not fly aeroplanes or helicopters, for that matter. But some of them were incredibly advanced in their thinking, which in fact lets us accept that knowledge in the Vedic days and before was pretty deep and way ahead of its times, as spiritual as it was intellectual.

Take the concept of zero or nothing, or shunya. Where else could it have originated firmly as a precept rather than just a vague idea than in India? Although the thought of zero was around from more ancient times as seen in Babylonian and Mayan inscriptions and was believed to have been first used to represent no number or the absence of a number, it was India which gave the zero its lift in giving it a physical form, even if it was about 2,000 years behind the ‘no number’ of the Babylonians. The Indians first used zero as a symbol and in arithmetic operations, beginning with a blank space, then a dot and then a new symbol as given by Aryabhatta around the year 500 in the Common Era.

Where would science be today without the zero? Would we ever have had the ability to see into the future without advanced mathematics and can you imagine the immense complexity of mathematics without zero spurring its leap into the future? An absorbing article on the BBC quotes author Alex Bellos on India being the perfect setting for the birth of zero: “The idea of nothing being something was already deep in their culture. If you think about nirvana it’s the state of nothingness — all your worries and desires go. So why not have a symbol for nothing?” The article also goes on to say that, according to Indian mysticism, zero is round because it signifies the circle of life, or as it was also known ‘the serpent of eternity’.

The sparkle in ancient civilizations may have been seen in their tools and in their methods of coping with nature. But it was in their thinking and deduction that they were outstanding. A reading of the Upanishads would reveal how amazing the thought processes were in the ancient Indian civilisation. The treatise passed down in oral traditions was far more than just singing paeans to the Sun God or the Moon God and so on. In terms of the enunciation of aesthetics and moral values of life, the thinking was far more evolved than we could possibly imagine in a setting in time like that.

The zero, which could be thought of as a hole representing nothing, suddenly assumes a deeper meaning when it is imagined as a circle. Such was the depth of early Indian thought.

The classical Greeks, yes, they were way advanced in their thinking and in giving democracy its roots, even if they did have their slaves. But they didn’t contribute to the most powerful number in history that in time led to vast changes in the world. The Indians did, even if their idea had to pollinate through Arab lands to become part of the Arabic number system. Talk of the evolution of zero from there might see us stumble into polemics of the kind modern ideologues love to propagate.

Suffice to say Brahmagupta and company drove the zero to its greatness at the very fount of mathematics. The highest understanding, according to the Upanishads, comes from direct perception and intuition.