Risk it all: Andrew Bovell

A master of words, Bovell has the ability to arrange worlds in a way that elicit surprising responses. 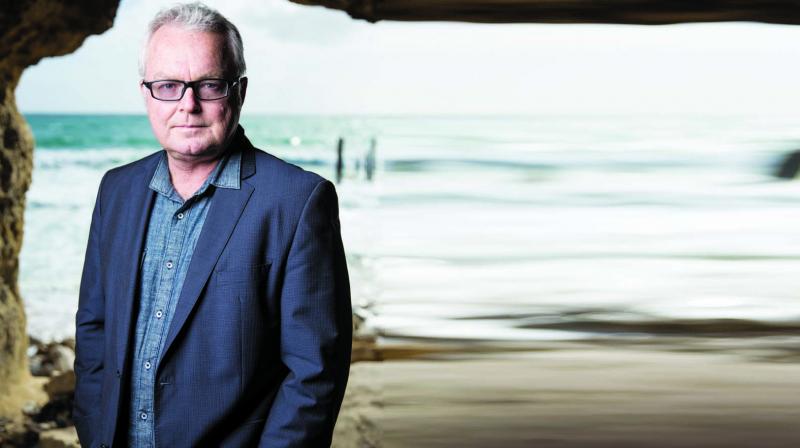 The Australian playwright, who was in the city for Tata Literature Live, opens up about his idea of playwriting, dissent in literature, and the power of empathy.

Australian playwright Andrew Bovell has managed to thrive in the world of theatre for over three decades with his hard work, ability to observe, and having empathy. His acclaimed plays like The Secret River and When the Rain Stops Falling are not only touring internationally, but have earned him several national and international awards. However, the writer did not expect any of this to happen to him. “I am still surprised that I am a writer. I never had any great expectation about what would happen in my life. I always have a curiosity about what it means to be a human, and for some reason, I am good at empathising,” says Bovell, who was in the city to attend the recently concluded Tata Literature Live as a guest speaker.

A master of words, Bovell has the ability to arrange worlds in a way that elicit surprising responses. According to the playwright, that can only come when a writer has the courage to risk something that he loves. “Every time you write, you must risk something. Active writing needs active courage, not just the way you see the world, but to risk the condemnation of an audience,” he says, adding that writing to him is sacred. “I am a private person, but when I am writing I am investing a depth of sensibility,” he adds.

While people in power all over the world suppress the art of dissent, Andrew believes that he can express his ideas comfortably. “Art has always been suppressed when it tells the truth, but that doesn’t mean you won’t write. In Australia, if the government dares to suppress, then there is a great protest,” he shares. In most of Bovell’s plays, the central theme revolves around family, drama, and chaos, which he believes has a universal quality. “Family is the thing I return to. It’s a rich train of relationships with endless subjects,” he explains, adding that ambitions and obstacles inspire his characters. “The art of creating characters is about somebody who yearns for something, or someone questioning the nature of life. As a storyteller, I put obstacles in their paths because that is life,” he elucidates.

Talking about his journey, Bovell recalls an incident that inspired him to write plays. It was in 1980 when he was a college student at the University of West Australia, where he realised that there is an enormous world outside and he wants to be a part of it. “I discovered a drama school in Melbourne but I had to choose between my ongoing exams and drama school. I decided to write plays, but I had never read or watched plays before that,” reminisces the writer. He further shares that his play After Dinner helped him develop the confidence to further his playwriting. “I was sitting in the theatre and I heard people laughing that got more uproarious as the play moved. One person even fell on the isle, and that made me think that I can do this through my writing,” says the writer, who finds it thrilling to watch the audience’s live reacting to his work while sitting amongst them. “You know that your work has an impact on people,” he explains.

A far as the future is concerned, Bovell is currently adapting two novels for films and will soon be exploring the idea of a futuristic world. The playwright is looking at the impact of history and colonialism on Australia, as he wants to bring it into future projects.