With the Maharashtra Assembly Elections around the corner, a 21-year-old law student is doing his bit towards voter awareness. 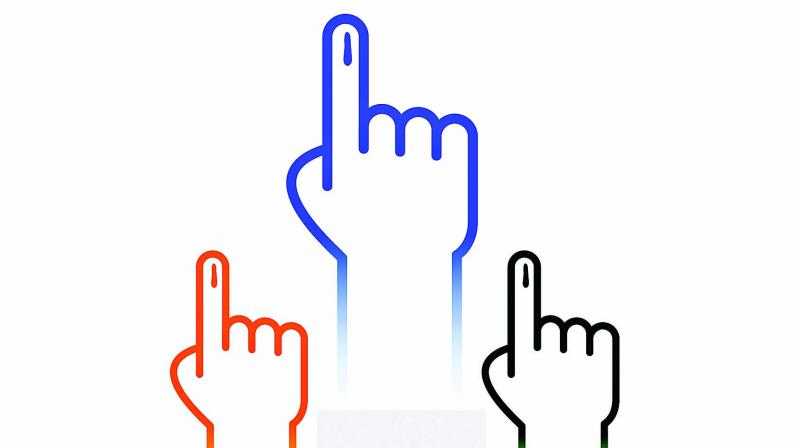 They have launched a rap in Marathi, English, and Hindi and registered 10,552 young voters.

While the government has been working hard towards voter awareness, Mumbai University Law student Chaitanya Prabhu has been doing his bit since the general elections in April. From registering thousands of people to forming a well-informed batch of young voters, the 21-year-old has been working on this since the beginning of the year.

After learning that most of his friends didn’t even have a voter ID, the 21-year-old took it upon himself to register his peers on the voters' list. Estimating the gravity of the situation Prabhu founded the NGO Mark Your Presence just five months before the Lok Sabha elections disseminating comprehensive information on the elections.

“It got me searching for the voter registration process, both online and offline. I found out that the online process takes only seven and a half minutes and can be done while sitting at home in any district or state. I also sent out a step-by-step registration process to school friends and registered around 350 voters in three weeks,” recalls the law student who registered over 6800 voters during the general elections. However, when he crossed 1500 registrations, Prabhu realised that this alone won't solve the problem, as he wanted voters to learn about their constituency and the leader.

“By and large a huge population is not registered and we have an equal share of uneducated voters. They might be smart academically but aren’t aware as a voter. As a result, we see people blaming the leader for bad roads than the corporator who is responsible,” rues the national-level athlete.

Through word of mouth as the number of queries increased, Prabhu decided to take the initiative to the then Chief Electoral Officer (CEO) Ashwani Kumar. Impressed by his vigour, the officer extended full support to spread awareness. “Whenever I have a backend problem the people at Mantralaya patiently help me out. If the ID gets stuck or the website doesn’t work, I inform them and they rectify immediately,” he shares.

With the continued support from present Maharashtra election CEO Baldev Harpal Singh, Prabhu ventured into educational institutions holding seminars on elections and the importance of voting.

“I call is the Democracy Class. I talk about what a constituency, assembly, and ward are, how many are there in Mumbai, whom to hold accountable for what reason, how many elections are there, and related topics,” he lists. Comprising an all students team across Delhi, Solapur, Manipal, and Dehradun, the NGO either sends emails to colleges for registration or can be reached directly.

Making it all the more relevant to our generation, the team regularly posts on the social media. And as for the upcoming Assembly elections across Maharastra and Delhi, the team has prepared a voter’s manual to help new voters through every step. “The manual tells which area and how many people are contesting. Last election we gave an illustration as to how many constituencies are there in Mumbai and drew a graph of each constituency. We also explain the role of a legislative member through graphics,” says the law student.

To further increase the impact of their message, Mark Your Presence even launched a rap in Marathi, English, and Hindi on voting and its rights. And so far have registered more than 10,552 young voters for the upcoming elections.

“The idea is for people to address problems to the right authority. And I can confidently say that these 10000 voters will understand, interpret and analyse the vote,” says a proud Prabhu.

“People think, youth is not interested so they don’t vote. But I believe they are very interested and active, just that information is not made available to them. And I want to bridge that gap. I see already see a change as people who wouldn’t care earlier, now want to know more,” he concludes.