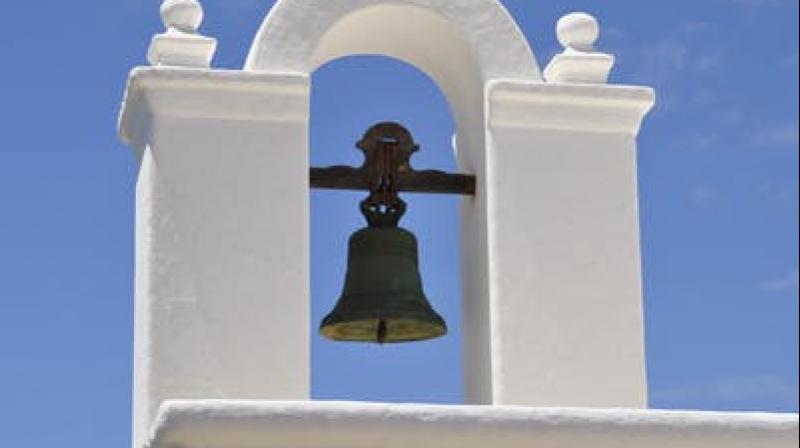 Ilona has been ringing the bells of the 600-yr-old church everyday. (Photo: Representational/ Pexels)

Hungary: Ilona Petras’ family has been in charge of ringing the bells of the 600-year-old Catholic church in the small village of Tereny in the northeast of Hungary for over a hundred years.  At the age of 76, she still pulls the ropes on the three big bells every day, calling people for prayers, weddings and funerals, or warning villagers of impending hailstorms.

But she has no one to pass on the tradition in her family as her two children have left the remote village in search of a better life elsewhere. The countryside here is dotted with quaint villages hidden among the hills, which have been inhabited for hundreds of years but the young have all but left as local jobs are scarce. The population of Tereny is around 320 now, down from about 900 a few decades ago.

When the local farming cooperative closed down after the collapse of communism, many people had no choice but to leave. The local school has around 20 pupils from three villages and many houses are vacant. The village had offered some of the houses to young couples with children if they moved in. Only a few took the opportunity.

Petras learned to ring the bells from her grandfather as a child, and then her father and mother took on the job. When her mother died in 2015, she was left alone with the task. As the village has no parish either, she takes care of cleaning the church, and arranging flowers. The bells in the nearby Evangelical church are automated.

Dressed in the traditional costume of the “Paloc” people of the region, and wearing a distinctive red headscarf, she said she trusted God will help sort out who takes over the bells from her once she is unable to perform her duties any more.

She is still fit, which she puts down to staying active and having friends. “What will happen will be arranged up there... Because everyone, all my grandchildren too, know how to ring the bells but no one is here, everyone is scattered around,” she said.