Tracing the patterns of silence 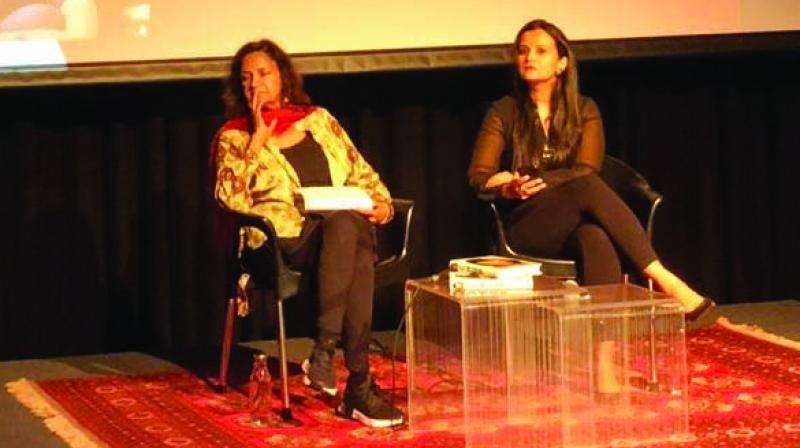 Conversations around women’s empowerment have been gaining ground and the #MeToo India movement has shined a bigger and brighter spotlight on the topic. Deepa Narayan’s latest book Chup: Breaking the Silence About India’s Women comes at an opportune moment as it helps us re-look at our understanding of the term and the manner in which we plan to achieve it.

The author engaged in a conversation about her book with fellow author and journalist, Meghna Pant, at an event in G5A Foundation For Contemporary Culture, where she spoke about her inspiration behind writing the book. Deepa, who has over 25 years of experience working at the World Bank, the United Nations, and several NGOs and has authored more than 15 books says, “I had no intention of writing another book or researching for another project. But after the Nirbhaya rape, I was very traumatized and I felt I had to do something. Since I’m a thinker and writer, I felt that I should write about women’s issues.” This desire led her to take a closer look at a topic that is fundamental to changing the status quo and improving the lives of women – women’s empowerment. After conducting 600 interviews, and writing more than 8000 pages of notes, Deepa realised that “When it comes to women’s empowerment, we tend to focus on external factors, like education, employment, pay parity. These are important, but by themselves,
they have not led to gender equality or women asserting their rights. There’s a need to look at our inner lives and the cultural practices that condition women to see themselves as inferior beings.” 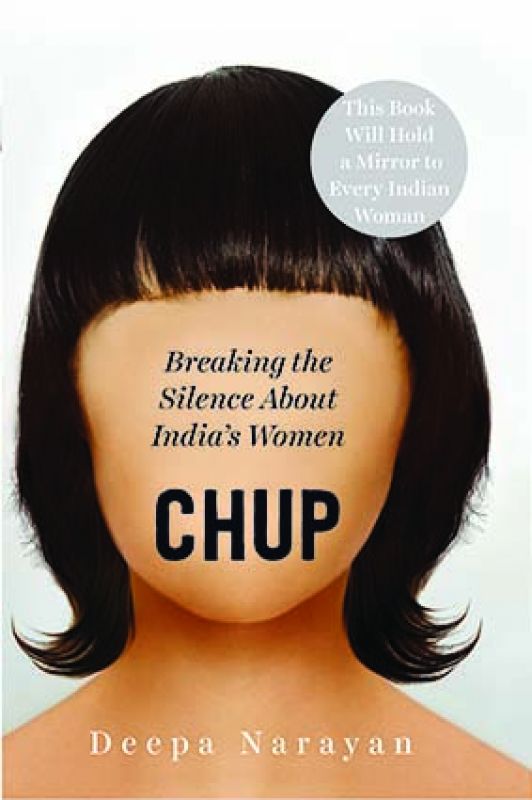 And Chup does take a critical look at not one, but seven practices or behaviours that impact the way women see themselves. Before mentioning some of them, Deepa makes it a point to inform the audience that the interviews were conducted in middle and upper middle-class families, ‘to wake us up and make us realise what is happening in our own families’. She also points out how these behaviours are ingrained in women right from the time they’re little, by people closest to them, like family members. “These seven habits taught to girls, and for which they are rewarded, lead to minimizing the self, so that girls begin to see themselves as less valuable and important,” says the author. Among these behaviours is the tendency to ‘deny and demean the body’, which often leads to women hating their bodies, and hushed conversations around bodily functions like periods; ‘suppressing the voice’ - which Deepa says is ingrained by rebukes like dheere bolo or chup raho; pleasing behaviour, where girls are taught to make others happy, but often at the cost of their own desires; denial of sexuality and social isolation. The book also underscores how, often, there is a gap between our intellectual selves and our real selves, where the former is liberal-minded and progressive, but the latter still holds on to archaic social mores ingrained in our psyche. “While researching for this book, I realized how deeply sexist I was and that I needed to change,” shares the author.

When asked how one could resist succumbing to these seven toxic behaviours, the author replies with a simple and poignant ‘It all starts by asking yourself what it means to you to be a good man or woman’. And though we live in a time where old, patriarchal definitions are being questioned and dismantled, and we find ourselves floundering for new definitions, ones that suit our enlightened zeitgeist, Deepa says that it’s important to continue to have conversations, so that we can break old habits, one at a time.