Toys that stimulate the mind is beneficial for kids

Not many in number but right kind of toys important for kids: Study. 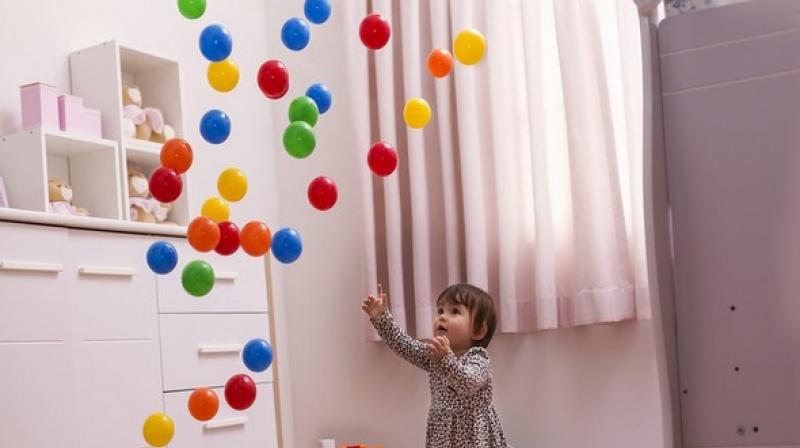 Washington: More is not always better, says a recent study about the right combination of play equipment parents shall provide to their children.

A study by researchers at The University of Queensland found children who have access to fixed play equipment like swings and slides and fewer electronic devices were more likely to meet national physical activity guidelines.

UQ School of Public Health researcher Dr Katrina Moss said it was good news for parents, who can implement the findings at home.

Parents don't have to go out and buy every toy, they just need to have the right combination of play equipment to support their child's physical activity, reported the study published in the Journal of Physical Activity and Health.

The study identified four combinations of play equipment, categorised as Plenties, Sliders, Batters and Techies. Plenties averaged eight different types of active play equipment compared to Sliders with six, yet there was no difference in their physical activity.

"This shows kids can be just as active with less equipment," Dr Moss said. Batters averaged five different types of play equipment and Techies seven, but these groups were the least physically active.

The difference was that their play equipment was mostly portable items such as bats and skipping ropes, instead of fixed. The Techies also had doubled the electronic devices in the bedroom.

"The findings should be reassuring for parents -- they don't have to buy everything, but they do need the right combination of equipment to support the development of gross motor skills and physical activity," she said.

If we can support children to be more active now, it protects their future health and reduces the risk of lifestyle diseases," she said. Urban density was another contributing factor, with diminishing backyards and playgrounds eroding children's playtime.

It is important to note that having this bigger, fixed equipment does require a bigger backyard. Increasingly, children's play is going inside as the size of our backyards is decreasing. If parents can't provide fixed equipment in their own backyard due to limited spaces, then we need to be designing public spaces that can.