Planting trees is not the cure to carbon emissions 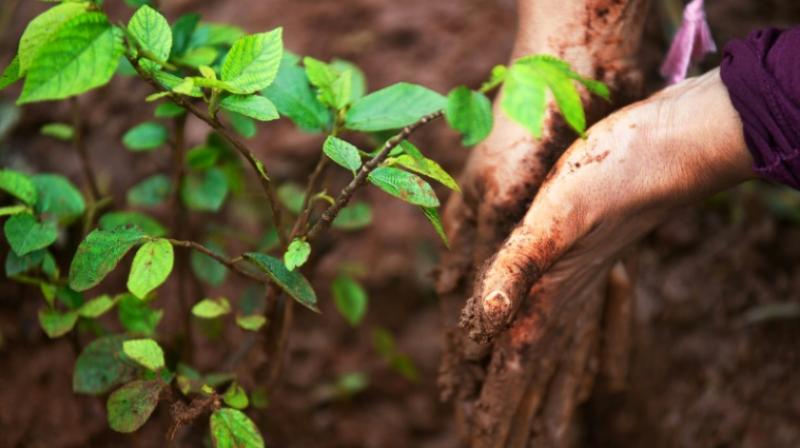 Large-scale reforestation also poses other problems: the planted trees may compete with local cultures and forests and may not necessarily be beneficial to the local environment. (Photo: AFP)

Washington: A few Euros, a couple of mouse clicks and a tree is planted – as air travel is increasingly becoming a source of guilt, consumers and companies are looking for other ways to ease their conscience and reduce their carbon footprint.

But as more polluting industries join efforts to offset their carbon emissions, the effectiveness of the approach is open to debate, with some critics suggesting that tree-planting schemes are nothing more than a fig leaf. Once marginal, the offset movement has even reached the arch-enemy of environmentalists: big oil.

Shell has ploughed US dollar 300 million (270 million euros) into forest plantations to reduce its carbon footprint by 2-3 per cent, Italy's ENI has set an objective of zero net emissions via its forestry investments, and France's Total plans to set up a special "business unit" next year to spend US dollar 100 million annually on compensation efforts.

Beyond the grand statements, carbon offset schemes basically follow the same, simple mechanism. A polluting company or individual purchases a credit equivalent to a tonne of carbon dioxide and the purchase price is paid directly or indirectly into an emissions reduction scheme, such as planting trees which absorb CO2 responsible for global warming or investment in renewable energy sources.

This is the principle that the civil aviation industry is adopting with its initiative CORSIA (Carbon Offsetting and Reduction Scheme for International Aviation) starting from 2020. Sixty-five countries have signed up to it so far -- equivalent to 87 per cent of all international activity in the sector.

"There will be a number of eligible carbon reduction schemes and airlines will be able to buy the equivalent tonnes of CO2 via these projects," says Nathalie Simmenauer, Air France's head of environment and sustainable development.

The aim is to reach "neutral carbon growth" -- that is to ensure future emissions are held at 2020 levels. While trees are an important tool for regulating the climate, reforestation alone cannot whitewash a company's carbon-emitting activity, say activists.

"If you don't reduce your emissions and don't stop deforestation, you're not going to solve anything by merely planting trees," says Stephane Hallaire, president and founder of Reforest' Action, which has planted 3.8 million trees in nine years. For just three euros, the company will plant a tree adapted to the local biodiversity and purchase part of a carbon credit for a foreign forest conservation project. But Hallaire argues that reforestation must also be accompanied by better behaviour elsewhere.

He fervently advocates so-called "absorption", where "precise and sustainable" reforestation projects are identified and financed without the use of carbon credit systems, which are seen by some as more opaque and less effective.

Large-scale reforestation also poses other problems: the planted trees may compete with local cultures and forests and may not necessarily be beneficial to the local environment. "These are often fast-growing species such as eucalyptus, pines, because we need trees that store carbon very quickly, but it can end up causing problems of biodiversity, soil drying," Karsenty said.

Reforestation alone is "insufficient", but still "better than nothing", and, for the time being it is just one tool among others to reduce emissions, the expert says. That is until technological advances that allow the efficient capturing and storage of CO2 from the air or developing jets that run on hydrogen.

"It at least lets you buy time. Temporary storage can be a way to make the transition while waiting for breakthrough technologies," says Karsenty.