Social media comedians, who post neutral content devoid of politics and polarity, weigh in on the pros and cons of being funny online. 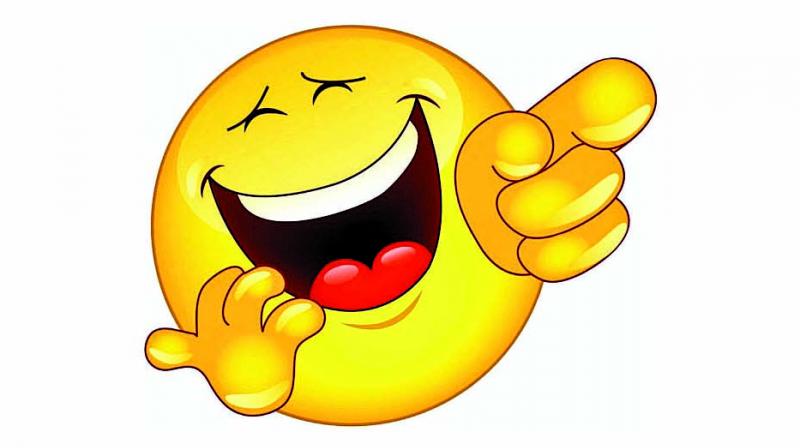 At a time when scrolling through social media feeds can be either a chain of a politically motivated war of words, trolling, a viral video that you can’t even bear to watch because of its disturbing content, and even fake news, accounts like Pathak’s, steer clear of hate, trying to spread a little laughter.

“People who snore loudly are like sun raha hai na tu, so raha hoon main,” says Akshar Pathak, a graphic designer with Zomato, on all his social media accounts. Pathak, who runs a verified account, has over one-lakh followers on Instagram and over one million on Twitter eagerly waiting for his next joke to pop up. “Venus: Shani I’m home. Saturn: Sukar Hai,” reads another joke, with the even funnier caption, “I’ve used all my buddh on this interplanetary joke.”

At a time when scrolling through social media feeds can be either a chain of a politically motivated war of words, trolling, a viral video that you can’t even bear to watch because of its disturbing content, and even fake news, accounts like Pathak’s, steer clear of hate, trying to spread a little laughter. 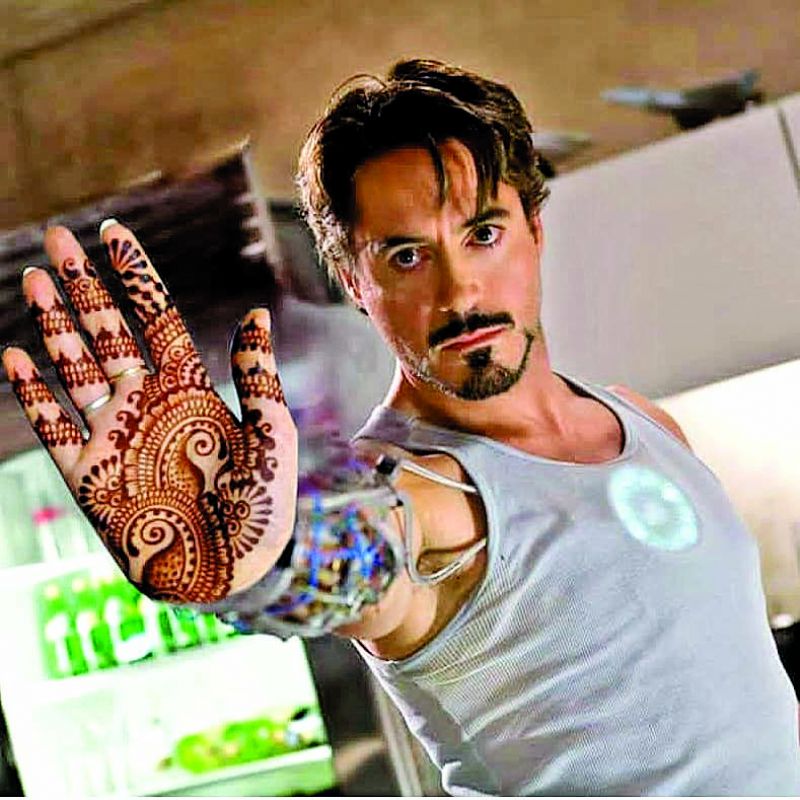 Sagar of @sagarcasm started tweeting in 2013 after an ex-colleague noticed his sarcastic wit and suggested that he start an account with wordplay on his name and the word ‘sarcasm’. “My profile picture is real. And yes it is true, my face is funnier than most of my jokes,” quips Sagar, who calls himself a pro-level introvert. “Some people like cloudy weather because it makes them more productive. For me, the only time that is productive in such weather is my bladder,” reads one of Sagar’s jokes on Instagram.

For him, just like any other skill, even writing a joke demands hard work that is quite hard to define. “You have to connect two ideas in a surprising yet logical manner. That’s what usually creates humour,” he opines. But what fascinated him most about Twitter was people’s ability to crack jokes instantly by using a limited number of words.

‘AskthePankaj’ about his foray into the noble cause of spreading laughs and all he wanted was an outlet to complain where nobody knew him and let him post things without caring much. “I didn’t even think it would last. Went for the jokes, stayed for the violence,” says Pankaj Sinha, who is a senior design analyst for an automobile firm by profession.

But as the Twitterati started to relate with Pankaj’s content, he became frequent with tweeting interesting happenings. “Humour takes effort, whereas cribbing comes naturally. Coming up with good jokes consistently is not even possible when you are tweeting for years. So I tweet exactly how I talk. If I try hard to come up with jokes, I’ll be embarrassing myself. Moreover, there is no dearth of brilliant content on Twitter. And retweeting that is God’s work,” laughs the analyst. 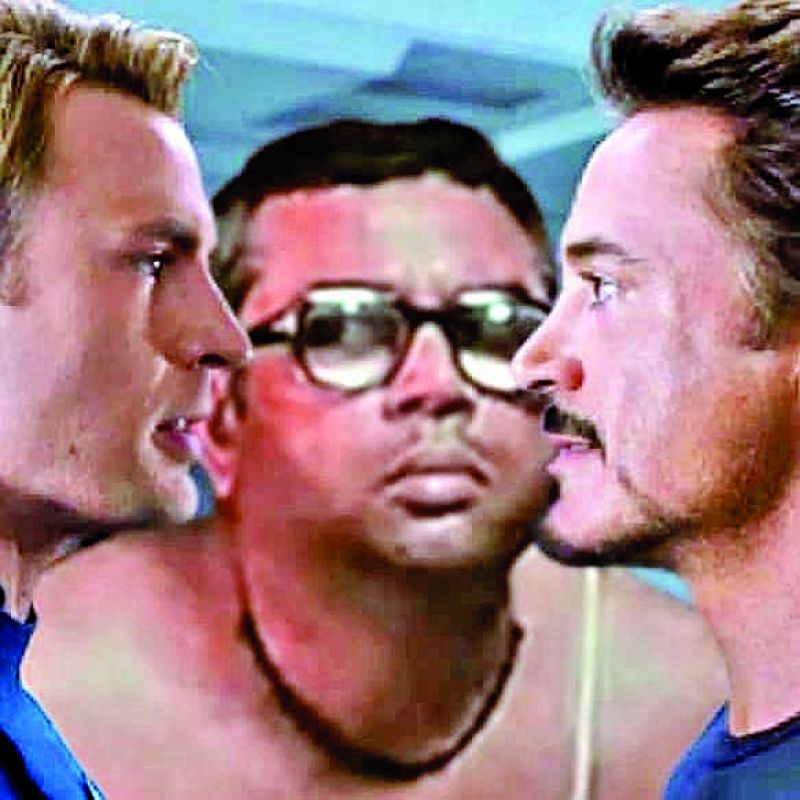 In addition, an out-of-the-box account called @just_here_to_ruin_your_day posts mix-and-match images that actually ‘shouldn’t exist’. The account is handled by Maseeh Ur Rahman, who found inspiration on a page called @aapkokoinahibachasakta, with an audience that takes humour as it is. He either morphs two images into one or places them on each other in just the right way to create something that never existed.

“I had a pile of images that I never posted online, as some of them were offensive to either fandoms or religious people. I would routinely post these images to close friend groups for no particular reason and it was mostly their reaction that made me want to make an account,” says Rahman. Posted without any captions, the content hits you right in the head if you get every reference in the image. Some of the posts have even been re-posted by All India Backchod.

“I want the audience to decide for themselves what they are seeing. And I love reading comments right after posting an image because sometimes the comment section gets funnier than the post itself,” he says about his experience. A comment on his Tony Stark’s henna painted hand picture reads, “Nahi Pepper, main maike jaa raha hoon.” 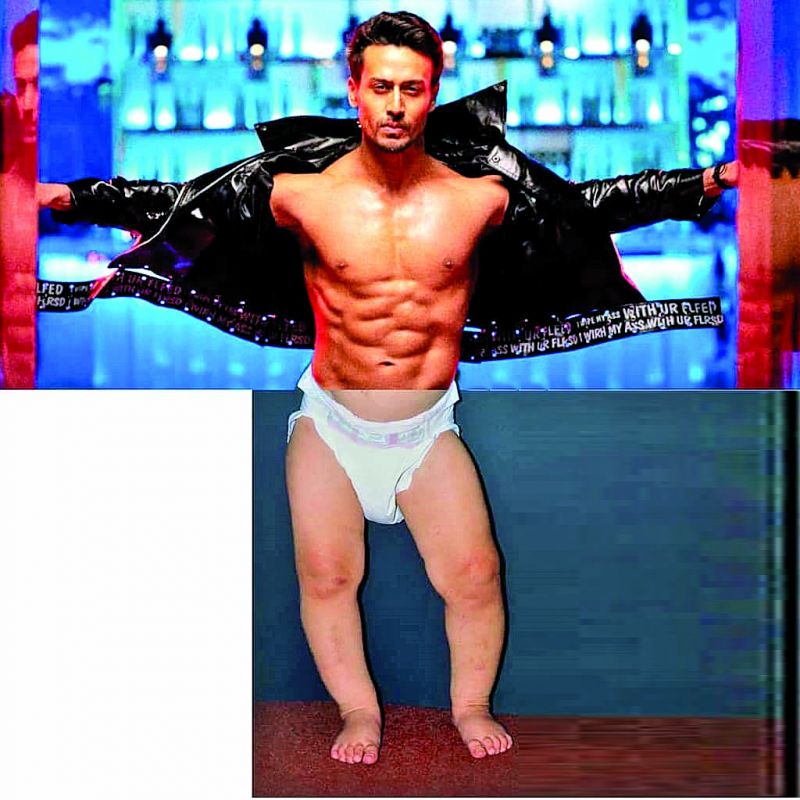 Rahman downloads and collects images without any context, and works on those that he and his friends find funny. “I look at my friends’ reactions and upload it that instant. There are two formats that I work on: face swapping and combining of two different images that might ruin or make your day depending on your perception,” smiles the creative head at One Hand Clap.

As for posting innovative pictures regularly, he emphasises keeping track of pop culture and the images one sees.

“Even though I might say ‘all I wanted was to ruin your day’, deep down I just want you all to laugh and enjoy the content,” says the Instagrammer.

Building an audience that can absorb the sarcastic and relatable jokes take time, but these joke-makers vouch for the satisfaction that comes with multiple retweets and likes.

“Initially, it felt like you are shouting in a public place where everyone is deaf. But if you persist long enough then, dheere dheere tumko bhi guruji ka pyaar milega (a reference from Pankaj Tripathi’s character in Sacred Games 2),” jokes Sagar. Admitting that he is just a part of the meme-making eco-system who doesn’t time his content, he intends on improving his timing just like KL Rahul.

But the most difficult part of their job is constantly deciding whether or not the content offends someone. “Humour is subjective. What’s funny to me is going to be offensive to someone. There are fights on Twitter even about the choices of food items. There is nothing you can do about it. However, we are in 2019, and we should realise that certain things are not just offensive personally but triggering to a whole community or gender. I try not to say things just for the clout. Just because I don’t know where to draw the line, doesn’t give me the right to overstep someone else’s boundaries,” Pankaj explains.

Meanwhile, Sagar believes that these days, people get offended as if it has been prescribed by the doctor: twice a day after having meals. “If a lot of people get offended by a particular joke, I delete it. Except if the people who got offended are Salman Khan fans, I don’t care about these people,” he reveals.

Whereas Rahman, after having received numerous threats, has stopped taking on the pain and simply helps the trolls by teaching them how to unfollow a page.