At the same time, Gurudwara management and other communities should also plan their religious events in line with environment. 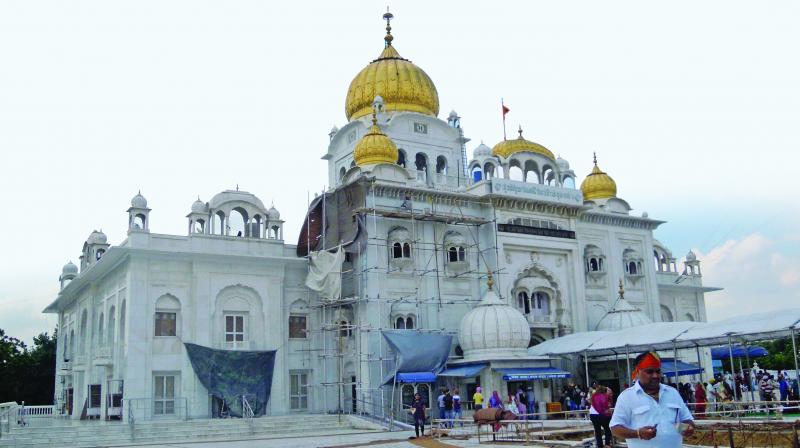 Over the past few years, there has been immense talk about planting twice the number of trees compared to those that are being cut.

Over the past few years, there has been immense talk about planting twice the number of trees compared to those that are being cut. But, nothing much action has been taken on the subject despite many many NGO’s, individual organisations and government agencies that have come forward to tackle the situation.

However, this time the capital witnessed a unique initiative coming to action on the 550th birth anniversary of Guru Nanak Dev  where in Delhi, the Gurudwaras were giving away saplings instead of prasad to the devotees.

Raunak Singh, one of the visitors, shares, “I was very happy to see that people are getting saplings because I personally consider that it is high time when we all get serious about nature and preserve our surroundings.” He continues, “I will take good care of my sapling which I received from the holy place. I was actually smiling when I got one instead of the sweet prasad. While receiving a sapling, in the back of my mind, I was thinking what I would do with it, but the guy who handed me the sapling cleared all my dilemmas as he explained that being in the Sikh community, it is our duty to protect the earth and reduce global warming. He asked me to take good care of it.”

The Delhi Gurudwara Management Committee (DSGMC) plans to launch a mega drive to plant one-lakh trees in all Gurudwaras and Sikh education institutions.

Riya Gupta, a student who hails from the capital, supports the cause saying, “With the growing pollution and deforestation, and the government not being able to justify the mass deforestation drive in the capital, the decision of the Gurudwaras to offer plant saplings as Prasad comes as a sigh of relief. The Sikh community has never failed to amaze people with their unique and contributory decisions relating to important social issues, and yet again this step showcases their diligence towards the same. Also, Guru Nanak Dev was a nature lover himself and this stride is a way to honour him and his contribution towards the society.”

On a concluding note, Rohin Verma, a prominent environmentalist, chirps, “This is a superb move by DSGMC. Planting saplings would inculcate a sense of responsibility towards environment and also will encourage people towards sustainable living. This initiative by the Sikh community should also encourage other religious institutions towards environment conservation. For the first time, environment will be seen in accordance with religiosity. At the same time, Gurudwara management and other communities should also plan their religious events in line with environment.”