Lakme Fashion Week ‘Grand Finale’ designers talk about the growth of their brand, celebrity influence, and their upcoming collection. 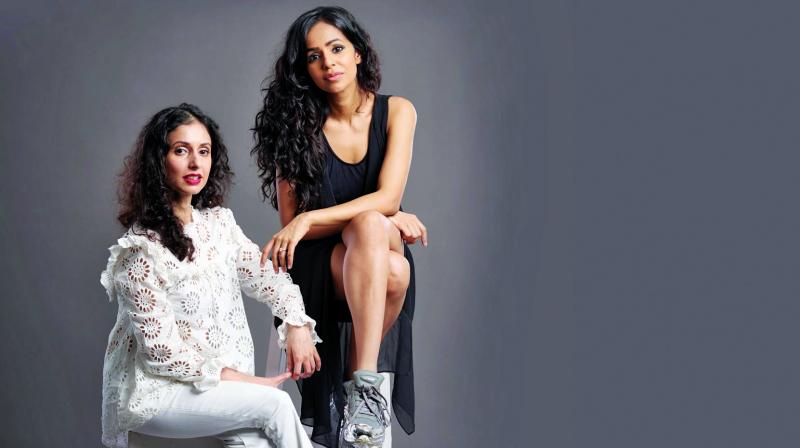 Gauri and Nainika Karan, the duo that popularized gowns and cocktail dresses in the Indian fashion market, are all set to end Lakme Fashion Week’s winter/festive season in style.

“We started it as something which was missing in the Indian market, so we thought let’s see how it works. There were question marks in the beginning when we did our first collection of gowns on the runway; a lot of people did question us if it was going to work out in the Indian market, if it was relevant in India,” says Gauri. Recalling the earlier days of the label, she adds, “At that point we were a little taken aback, because Nainika and I felt confident and we felt we could wear our designed outfits to red carpet and wedding parties. And, as a trend, it picked up really fast. Before we knew it, our gowns were on the red carpet and brides were wearing it for cocktail; it was all over the Indian market.”

As the demand for their band rose, it became important for the sisters to come up with collections every season. Gauri believes it keeps them on their toes: “I think it’s important to keep doing collections, because then you’re coming out with something new every season for your client. You push yourself, reinvent yourself to do something different,” she asserts.

Seventeen years later, the brand is not only synonymous with red carpet wear, but also a favourite for magazine shoots. Naturally, celebrities are often seen sporting Gauri and Nainika outfits, which Gauri says is a boost to their business. “If a celebrity wears our clothes, the next day we have so many requests online and on Instagram. But you can’t be dependent on celebrities; you have to have a proud product of your own. Nevertheless, having a celebrity wear your clothes definitely takes your brand a long way,” the designer says.

For an industry that will be worth $102 billion by 2020, according to a recent report by Zero Friction Future, handling the business is pretty important. For Gauri and Nainika, they prefer designing dresses instead of balancing the books. “I think we both are creative people and business kind of happens. Nainika and I prefer to be buried in the creative process, but business does take up a lot of time,” says the designer.

The designers were part of the 2010 Lakme Fashion Week finale, and this time they are back with something more strong and fierce. Describing the collection, which is inspired by Lakme’s latest range, Gauri says, “Lakme’s beauty philosophy for the season is ‘Free your Lips’. And I think of a woman who’s free, independent and strong; that is the kind of woman Nainika and I are also representing this time. Last time it was a fairytale fantasy, but this time it’s a fiercely strong woman who is free and is light and fun, so the clothes have an element of fun in them too. They are more experimental and diverse, and I think that’s what Lakme is also representing in terms of diversity and style. You would obviously see glamour, but there are strong elements in terms of cut and feel.”

The finale, which is scheduled for August 25 in the city, will see Kareena Kapoor as the showstopper.