NRI dancer Aathira Rajeev talks about her love for B’wood dance and choreographing for the American TV series Jasper and Errol’s First Time. 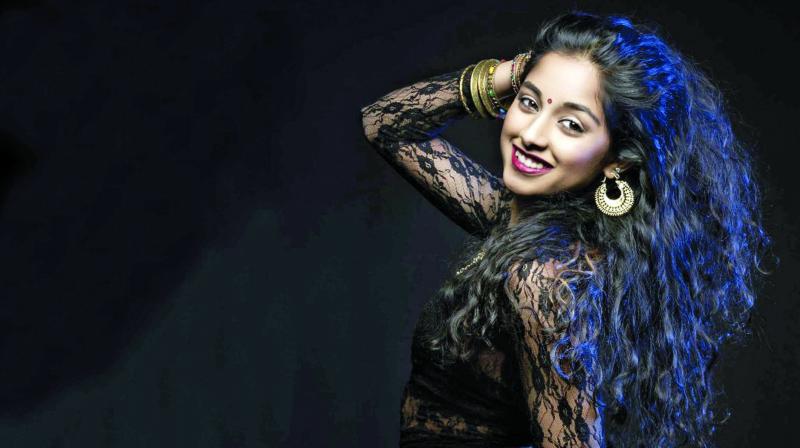 Although Aathira Rajeev lives in the US, her heart lies in Bollywood. An ardent follower of Bollywood dance, this multi-talented girl recently shot to fame when she choreographed an item for Viceland Network’s show Jasper and Errol’s First Time. “Viceland TV’s director for the show contacted me after viewing my Instagram. They saw my works, and agreed that I had a unique style and charisma they wanted for their series,” says Aathira.

That is just one feather in her cap. Besides being a choreographer, she is a dancer, model and an actress. She was the lead choreographer of Mickey Singh’s music video Yaari Yeah and the lead actor in Najim Arshad’s musical Isabella. She also has acted in the short film Alone for which this Nach Baliye UAE Season 7 winner bagged an award. She was the winner of Ms Reshma Beauty USA pageant and the miss outstanding talent at Miss Asia International Beauty Pageant.

Ask her about juggling different professions, she says passion is the key to managing time. “When you do different forms of art that are your favourite, you don’t find time, you make time: even if that means rehearsals at midnight or early morning. It’s a different story when you drag yourself up for a 9 to 5 job which you are not passionate about versus waking up before the alarm, burst with excitement for doing something you love. I love all of them, and wouldn’t be able to pick one. So I do them all!” says Aathira, a trained bharatanatyam dancer.

Then, how did she end up in Bollywood dance? “I believe bharatanatyam is to Bollywood what ballet is to western dancing. It’s foundation. They go hand in hand. It taught me discipline and dedication, two of the biggest lessons as a dancer,” says Aathira, who is known in her circle for her Bollywood grooving skills. Aathira says she was drawn to the genre like a magnet. “I was slowly inclined towards Bollywood as I enjoyed the music genre,” she says.

What can I say? Some tunes just make you move! There are plenty of Americans I know who involuntarily end up grooving to a Bollywood song without any idea what’s playing,” she adds emphasising Bollywood’s impact on Hollywood.

She feels grateful to the days spent in the U.S. as they helped her mould her skill. “It brought out my best self for the industry,” she says. She was surrounded by artistes, and received support and appreciation for her unique abilities. “Los Angeles showed me that there is nothing anyone can say that would make my art any less. It helped me with connections, positivity and a better mindset,” she recalls sharing excitement and struggles of achieving the American dream.

“Moving to the US was a dream. When you have a dream, you constantly think about it, adding details every time. You take that plan, hold on to it tight, and no matter what happens, you trust that you’ll be fine.” Her words radiate confidence.

The shift was challenging and full of cultural shock moments. “There was this time when I walked along the Times Square in New York City and a group of superheroes walked by carrying buckets of hotdogs. I thought I was going crazy” she remembers. But, she believes in adapting to the new environment.

“Relocating can be very scary, but instead of feeling like a stranger in a new country if you train your mind to lead with curiosity and excitement, you’ll have a great time.”

Winning pageants was another big leap for her. She says she didn’t realise she was made for it until she tried one. “Representing my nation on stage felt empowering. It gave me the opportunity to meet tons of lovely, strong women with promising futures. I was approached for both the pageants and told by two different parties that I would do great in the pageant and that I’m the winner-type. I’m all about taking advice and trying new things and I agreed. It was definitely an eye-opening experience,” says Aathira, a Keralite who was brought up in Dubai before moving to the Los Angeles.

Like everyone, she too believes in the strength of family. “My mom is my greatest inspiration. She has never stopped believing in me. My dad’s the sweetest. He always wishes nothing but the best for me and pushes me in directions that would do me the best. My little brother is the biggest blessing I have because he always sounds so happy and proud whenever I share my work with him. He’s the reason I strive harder and harder as I want him to have the best sister he can possibly wish for. Now, that’s just a part of my family. In my life, I believe I have such a large family when I count all the people in LA and Dubai who support me and constantly cheer me on. I wouldn’t have been as far as I am without them,” concludes Aathira, nursing her Mollywood dreams.