15 years ago, Callie, who had just turned 16, became the youngest Lottery millionaire in Britain, winning £1.8 million. 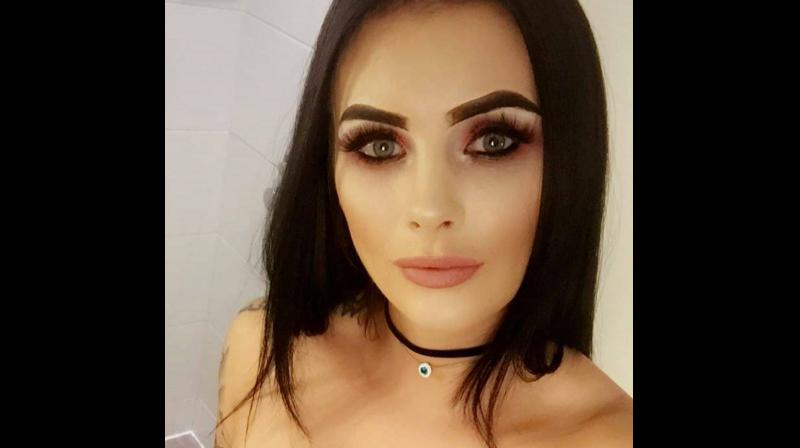 Within less than a decade, the money was gone, frittered away on holidays, houses — one for her mum, one for her grandparents, several for herself — and breast implants. (Facebook Screengrab/ Callie Rogers)

According to a report in MailOnline, 15 years ago, Callie, who had just turned 16, became the youngest Lottery millionaire in Britain, winning £1.8 million.

And within less than a decade, the money was gone, frittered away on holidays, houses — one for her mum, one for her grandparents, several for herself — and breast implants.

She even went on to buy expensive cars for beaus who did not last long and is supposed to have dabbled in drugs as well,

Now, all that remains of that massive, life-changing windfall is money tied up in her grandparents’ home, which is theirs for their lifetime. Then it will revert to her.

Callie was recently in news for appearing in court to give evidence against two acquaintances who bet her up last year.

The pair of Marie Hinde, 37, and Jade Quayle, 26 — had been dog-sitting at the home of Callie’s then-boyfriend, and when she headed there in a taxi after a night out, a scene developed. She was dragged around the living room ‘like a rag doll’ and needed hospital treatment.

The pair are now facing jail after admitting the assault.

Callie lives with her son, Blake, and his two-year-old sister, Georgia, in a small cul-de-sac in Workington, Cumbria, in a modest house rented for £400 a month.

She shops at Asda, works as a carer (since her Lottery loss she worked as a cleaner, then went back to college to study social care) and life has not been easy since her win and loss.

She has two older children, Kian and Debony — aged 13 and 11 — who do not live with her since 2009, when Callie hit rock bottom and attempted suicide not once, but twice, in the years after her win.

Callie attributes her condition to not knowing better.

Speaking to MailOnline she says, ‘I was buying houses when I didn’t have the first idea about the responsibilities involved. I didn’t know how to pay a bill because I’d never had to. I didn’t know what council tax was.”

Once she had won the lottery, people suddenly wanted her to help them out,

In August 2003, she met unemployed Nicky Lawson, who went on to father her first two children. Together they ploughed through the cash.

By 2009, her relationship with Nicky was over and in 2010, she met Paul Penney, a fireman who went on to become father of Blake and Georgia. ‘

She and Paul split last year, and there is a new boyfriend, Tom.

She says she is ‘closer than ever’ now to her mum and now, it is all about her children. She wants to teach them the value of money, she says, without a hint of irony.