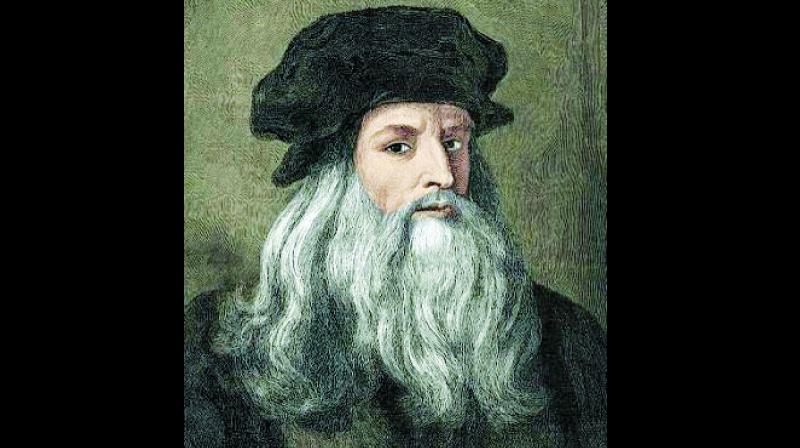 To celebrate 500 years of Leonardo da Vinci, an Italian quartet will perform music inspired by the artist’s musical puzzles, using replicas of instruments he designed himself.

It’s impossible to look at the Mona Lisa, Last Supper or the Vitruvian Man and not be awed by the genius of its creator, Leonardo da Vinci. The Italian polymath, whose artistic pursuits embodied the spirit of the Renaissance, passed away exactly 500 years ago and to celebrate his momentous contributions to mankind, the Italian Embassy Cultural Centre, Royal Opera House, and Avid Learning have joined hands to present Leonardo’s Symphony, a performance of Italian Renaissance music. The Italian quartet, Sensus Ensemble, will bring this music to our ears.

Though Leonardo is renowned for his paintings, sculptures, and scientific contributions, not many know that he was an equally accomplished musician, who not only played instruments but also knew how to write music. Renaissance harpist Marianne Gubri, who is part of the Ensemble, tells us more about Leonardo’s musical pursuits. “He was one of the best players of the lira da braccio, which is a typical Renaissance bow string instrument,” reveals the harpist.  In fact, the artist’s sketchbooks, which acted as repositories for his unfinished sketches and scribbled musings, are also permeated with his musical rebuses— puzzles that combine musical notations with syllables, names of musical notes, mottos and small sentences.

“There are 18 rebuses and they have been preserved in the a large sheet that is part of the Windsor Collection. These puzzles, transcribed both for their poetic and musical texts, come to life as small musical pieces — ancient sound gems,” says Marianne. The quartet, which also includes Mezzosoprano Arianna Lanci, instrumentalist Adriano Sangineto and percussionist Marco Muzzati, will perform some of these rebuses during the concert. “Two of them have been arranged in a plain monody (music having a single vocal part) and the accompanying music will be played on Leonardo’s instruments,” shares the musician. 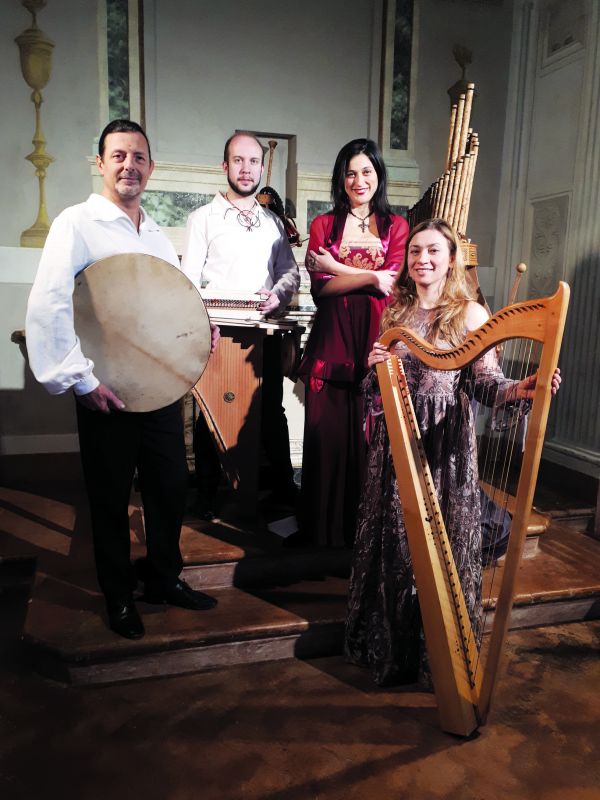 No, these aren’t the instruments Leonardo actually used, but are replicas of them, and in some cases, replicas of instruments he built himself. “Leonardo invented various instruments, and his sketches of these are found in the Madrid Codex (1490-1505) kept at the National Library of Madrid,” Marianne informs us. The man of many hats is credited with designing the ‘viola organista’, which is a sort of violin played on a keyboard and operated by a mechanical bow, among others. “Its pieces are very complex and it requires a lot of technique to be able to play this and several other of his instruments. Moreover, these instruments are the precursors of some musical instruments used today, like the accordion, which was invented at least 300 years later,” shares the harpist.

Along with incorporating Leonardo’s musical contributions, the quartet will also perform works of other celebrated Renaissance composers like Guillaume Dufay, Franchinus Gaffurius, Bartolomeo Tromboncino, and others. “We chose different kinds of music, from secular music with beautiful songs accompanied by the harp, the dulcimer, and the percussions, to music that is lively, and full of rhythmic combinations to polyphonic works, using the original sounds of Leonardo’s instruments” says Marianne.

The reason for this variety is the fact that Italian Renaissance music was influenced by various musical traditions. There was the refined Franco-Flemish variation that was based on mathematical proportions and seeped in from the courts of Northern Europe; traditional and popular music that came from the Italian countryside and the music that flowed in from the Florence Court, which saw performances from poetical and philosophical texts being accompanied by the lira da braccio. “Due to these mixed influences, the music permeated different areas of society, from the court to the church; from the countryside to the more sophisticated artistic circles of the time,” says the musician.

Marianne also reveals how preparing for the concert helped the artists get to know the “Universal genius” of the Renaissance better. “We discovered how he was invited to the court of Milan as one of the best lira da braccio players, and to Italy to work as a scenographer for some of the most important shows of the time. We also understood his relationships with some of the more famous musicians of his time, in Italy and in France,” says Marianne.

The harpist hopes that the concert will help people discover Leonardo’s musical genius, and also enjoy all that Italian Renaissance music has to offer. “Music in the Renaissance was a symbol of harmony between the planets, human beings, and the universe. It is still a source of peace and calm and can inspire us through its rare harmonies and sense of transcendence,” concludes the musician.
—On July 22, 7 - 9 pm, at the Royal Opera House